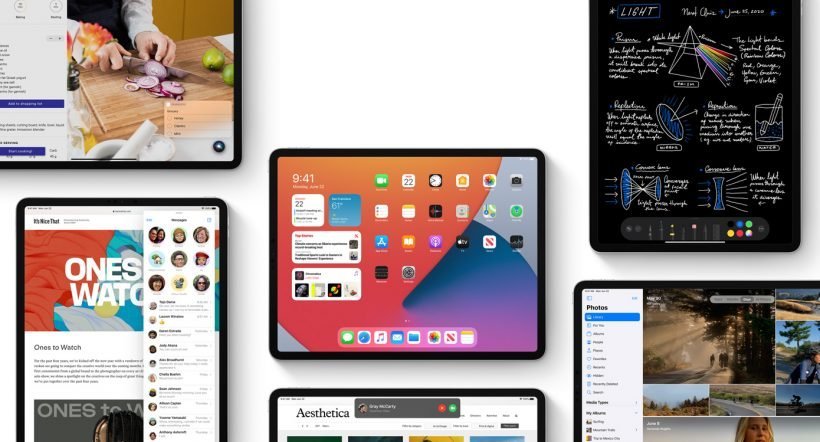 Apple announced the iPadOS 14 software update at WWDC 2020. The new iPad-focused operating system is built on the iOS 14 software release with features designed specifically for iPad.

The iPadOS 14 brings Home Screen widgets, and a compact user interface for incoming calls and Siri interactions, as seen on iOS 14. Stock apps — including Photos, Files, Notes, Calendar, and Music — are getting a unique iPad design element with sidebar, making them easy to navigate and more streamlined.

The Universal Search feature in iPadOS 14 is built from the ground up, and reflects the Spotlight Search on Mac. From locating and launching apps to accessing contacts, files, and information on device or beyond, it can practically find anything. You can start a search from anywhere without closing the app you’re using.

iPadOS 14 brings Scribble to iPad with Apple Pencil. With this, you can now write in any text field with Apple Pencil and it will be converted to typed text automatically. All handwriting and conversion to text happens on device, making it more private and secure.

Handwritings support the same kind of gestures that are available for text characters. It makes it easier to select, cut, and paste the handwritings as typed text. There’s also Shape recognition which makes geometrical shapes perfect even when drawn roughly.

For developers, ARKit 4 offers a brand new Depth API to create even more powerful features in their apps. The developer beta of iPadOS 14 is now available to registered developers at Apple Developer Program, with public beta arriving next month. The software update will be available this fall for all iPad Pro models, iPad Air 2 and later, iPad 5th generation and later, and iPad mini 4 and later.