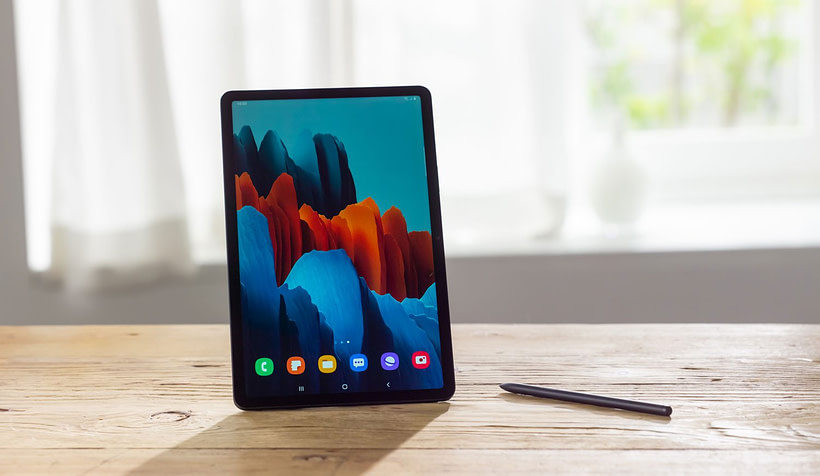 Samsung has announced the Galaxy Tab S7 and S7 Plus tablets alongside the Galaxy Note 20 flagship series.

The Samsung tablets are also available in 5G variants, with support for both mmWave and Sub-6 GHz bands. The S-Pen stays here with a reduced latency at 9ms. There are four speakers tuned by AKG with Dolby Atmos surround sound.

Cameras on the Tab S7 series have a dual arrangement. On the back, there’s a 13-megapixel wide camera, and a 5-megapixel ultra-wide camera. The front has an 8-megapixel snappier. Both devices start with 6GB of RAM and 128GB of storage for the base model (expandable up to 1TB). The Tab S7 has an 8,000mAh battery power while the Plus houses a 10,090mAh battery, with 45W super fast charging included.

This is Samsung Galaxy Watch 3