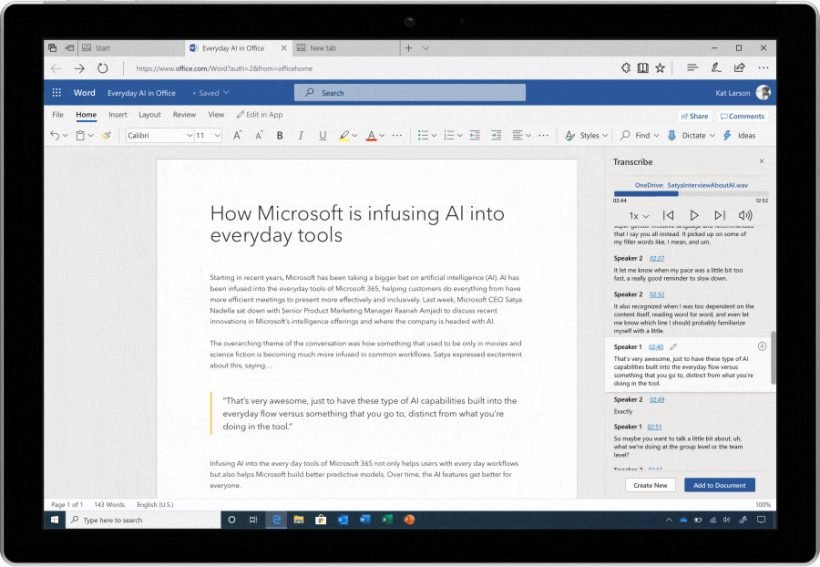 Conversations are first recorded in Microsoft Word and then transcribed into text. While the recording process takes place, no text is visible on the document. Text start to emerge only after the conversations are over. Users have unlimited record time when they use Word’s audio recorder, but will receive only 5 hours a week worth of record time when they upload their own audio file. Each file upload is limited to 200MB in size.

Users can also enjoy dictation commands while using Microsoft Word on the web and mobile. It can be used to add emojis into the text using voice commands. Just say “smiley face” or “heart emoji.”

Transcribe in Word is limited to the web version of Microsoft Word, though. Microsoft says it will arrive on iOS and Android devices by the end of this year, while there’s no hint for the desktop counterpart yet. The service will support more languages in days to come, with English already in tow.

MicrosoftMicrosoft 365Microsoft Word
Up Next