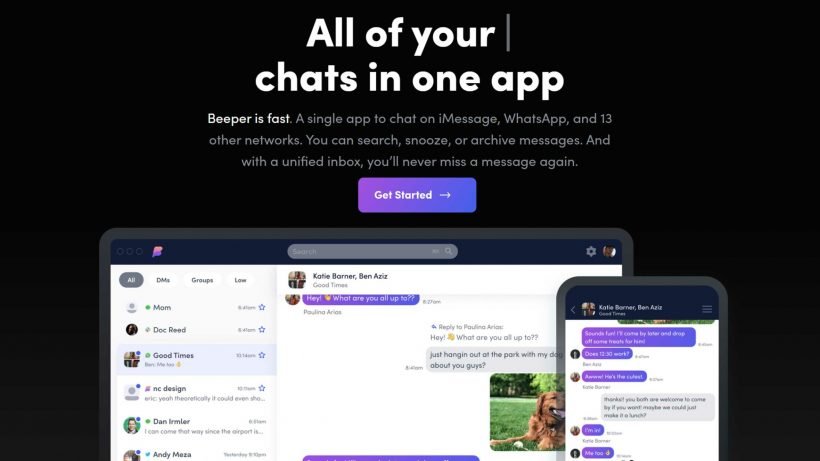 A new universal chat app “Beeper” combines 15 different chat platforms into a singles chat room. The app comes at a price of only $10 per month for macOS, Windows, Linux, iOS, and Android.

The app was announced by former Pebble CEO, Eric Migicovsky on Twitter. It enables users to integrate various messaging services into a single interface. The service offers integration of:

Among all these messaging support Apple’s iMessage is quite startling as it’s officially available on only Apple devices.

An FAQ on Beeper’s website gives a more in-depth explanation of exactly what this trickery involves. If you’ve got an always-online Mac, then you can install the Beeper Mac app to act as a bridge, similar to the approach AirMessage uses. But things get really wild if you don’t have access to a Mac, at which point Beeper says it’ll literally send each of its users a “Jailbroken iPhone with the Beeper app installed” in order to act as a bridge.

Migicovsky says he’s been using Beeper as his default chat client for the past two years and mentions the app is built on the open-source Matrix messaging protocol. Beeper is not yet widely available for the users. And as for now, it has asked prospective users to fill out a form on its website for an invitation.