“Freedom of Speech and Expression” is one of the basic human rights a person would like to experience and exploit. Even though every government restrict speech to some degree, it’s still not the same condition in every corner of the world. These sort of restrictions are becoming more and more stronger in our vast network – the Internet – with new policies being passed by each government.

Many of the social platforms were banned in several countries since they failed to keep record of all the online activities taking place, actually a digital footprint. However, several networking sites-messaging platforms came up like Hemlis (closed beta), Snapchat, which don’t keep the record of your digital history. And following the same base line, we’ve a new and ravishingly growing social network – 11Beep (One-One Beep or ‘not Eleven Beep’). 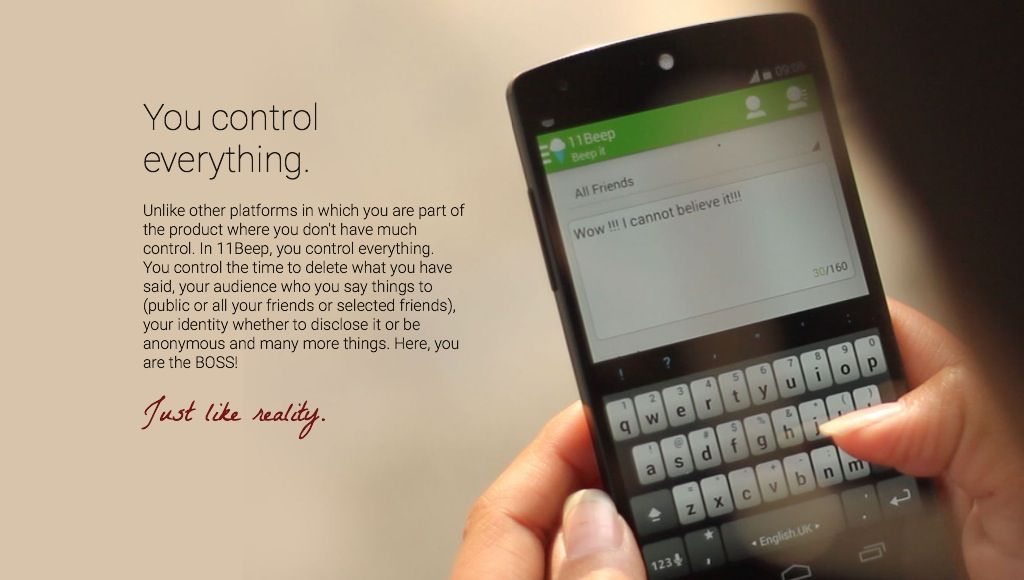 11Beep is one such social platform that lets you enjoy your freedom of speech and expression without tracking your digital footprint.

On the anonymous social-network, 11Beep, you can select the time duration for each of your beeps (posts) and can even alter it for the automatic takedown, anytime you want. You’re the boss here. The app doesn’t fetch your beeps for more than 11 days, so once the beeps are erased from the app, they can’t be revived back, neither by the respective beeper nor by the masterminds behind the app. 11Beep is natively restricted to bundle your information into the virtual space. 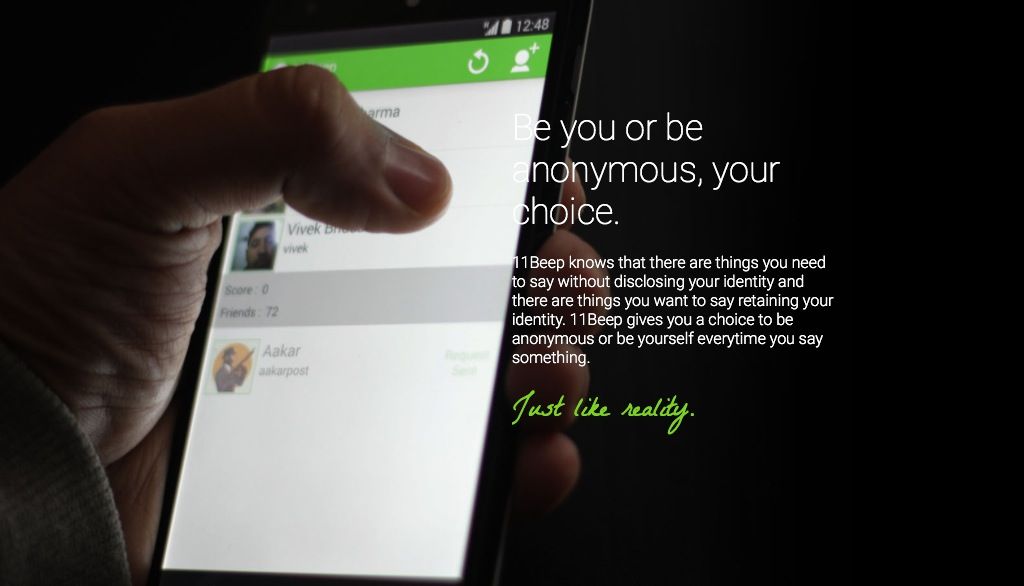 11Beep has one core feature that I personally like the most, the power of beeping things anonymously, meaning you can hide your original name and beep from an anonymous identity. And the ad-free design just looks neat.

At the time being, 11Beep is an Android-only app available in the market. Though, it won’t be any wrong to expect this social fragrance in the Apple App Store anytime soon.