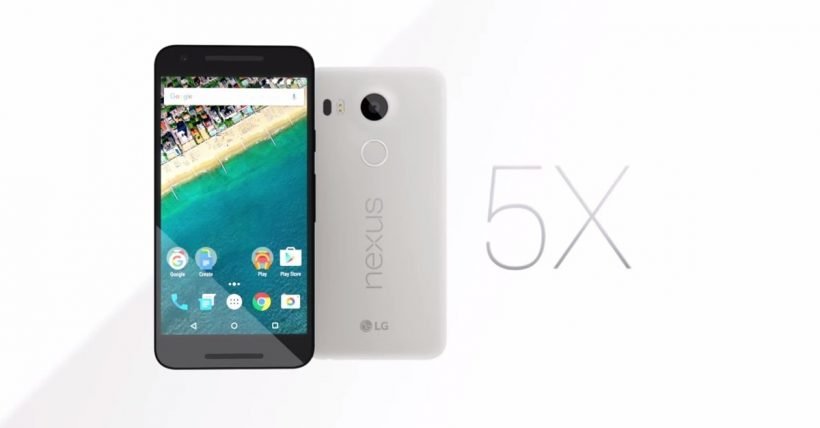 Google, alongside the Nexus 6P, announced the Nexus 5X, a sequel to the last year’s Nexus 5. The smaller and smoother Nexus 5X comes with support for Android 6.0 Marshmallow at launch.

The new Nexus 5X sports a 5.2-inch FHD display with Qualcomm’s Snapdragon 808 processor and 2GB of RAM. The handset is backed by a 2,700mAh battery, and offers USB Type-C port along with a Nexus Imprint fingerprint sensor on the back. 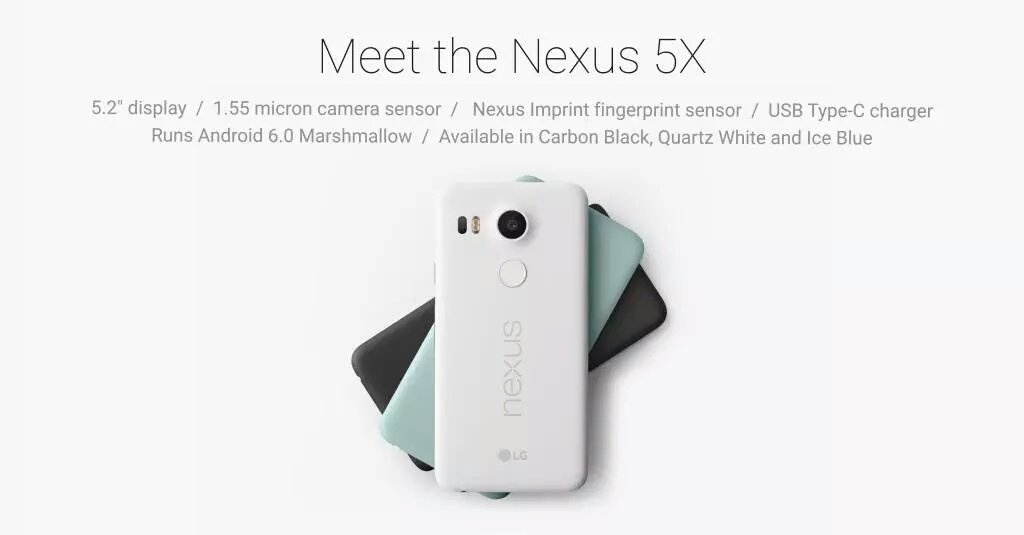 The optics used in the handset includes a 12-megapixel camera with f/2.0 aperture and support for 4K recording, and the front shooter sets at 5-megapixel. The device comes in 32GB storage variant, offering black, white, and ice blue color options.

The handset will cost you $379 for the 16GB model, and $429 for the 32GB. With pre-orders open now, the company will ship the Nexus 5X starting October.