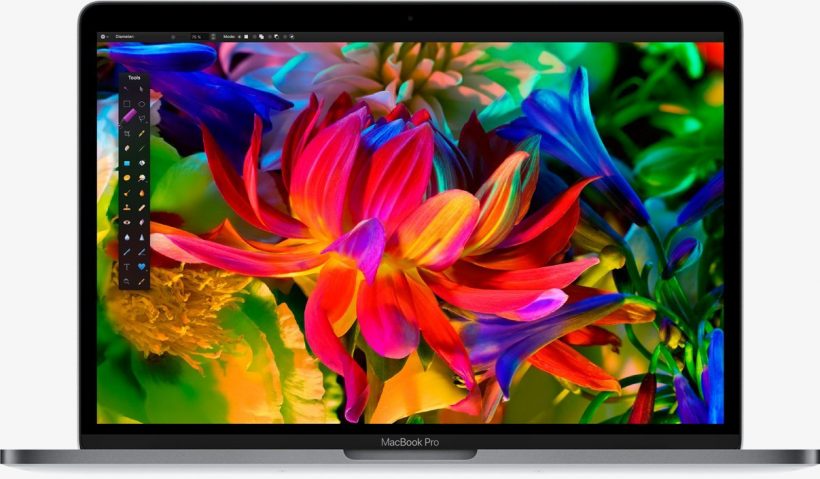 Alongside the new TV app for Apple TV, iPhone and iPad, Apple unveiled the all-new MacBook Pro, the thinnest and lightest Pro machine the company has ever created.

The new MacBook Pro, as rumored earlier, ditches the mechanical function keys in favor of an OLED touch strip — Touch Bar is what Apple calls it. The Touch Bar sits above and along the keyboard, and works accordingly with the application being used on the screen. If you’re wondering how to get function keys back, then simply press ‘fn’ and you’re good to go on the multitouch strip.

For instance, the Touch Bar can provide word suggestions while writing as well as it can give you a set of editing tools when using an image or video editor. You can also preview through the video while editing or watching. There are many more possibilities with Touch Bar on MacBook Pro.

The power button on the new MacBook Pro does second-generation Touch ID paired with an Apple T1 chip for account security as well as for Apple Pay. Yes, you can now perform transactions using Apple Pay via the new MacBook Pro, and can also switch between accounts, unlock with a touch, all thanks to Touch ID on Mac.

Apple touts the MacBook Pro display to be the ‘brightest, most colorful notebook display’ at 500 nits, with 67-percent brighter display, offering 67-percent higher contrast and 25-percent more colors than previous generation. Yet as thin as on the MacBook. Unlike the 12-inch MacBook, the new Apple laptops have up to four Thunderbolt 3-powered USB Type-C ports that can connect to USB, VGA, DisplayPort and HDMI devices, as well as power sources.

Apple’s new MacBook Pro comes in three different variants: two in 13-inch screen sizes and one in 15-inch. The 13-inch model, one of which has traditional function keys and two Thunderbolt ports, is 14.9mm thick and weighs 3 lbs, while the later is 15.5mm thick and 20-percent less by volume than the previous generation. 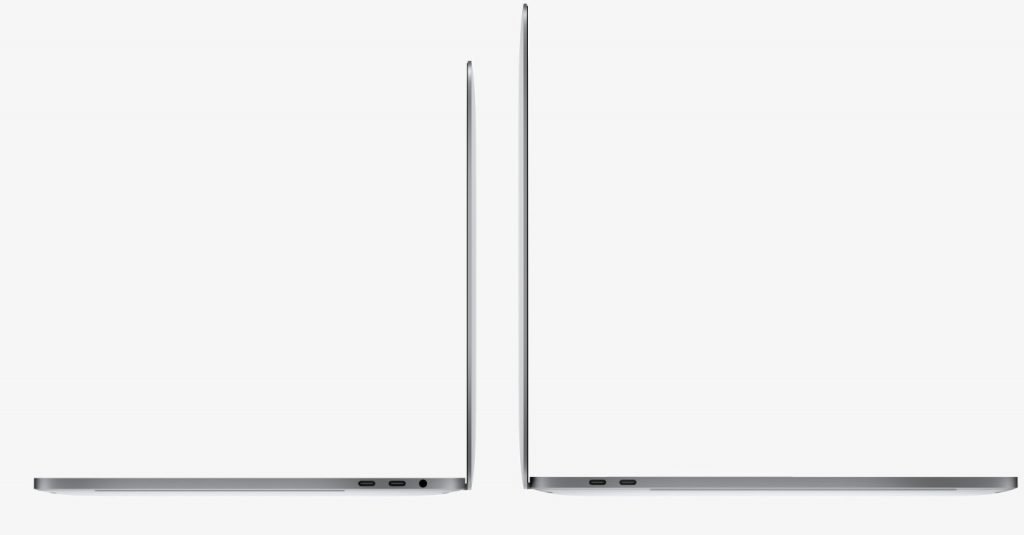 Available in Space Grey and Silver, the non-Touch Bar model is priced at $1,499 where as the Touch Bar-equiped models are priced at $1,799 and $2,399 for 13-inch and 15-inch models respectively. Both Touch Bar-enabled devices ship in two to three weeks.