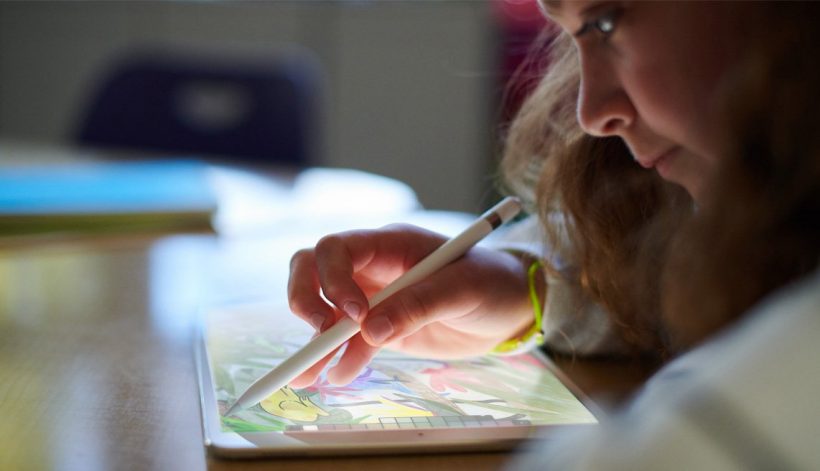 Apple today announced a new 9.7-inch iPad at its education event in Chicago. The new entry-level iPad comes with Apple Pencil support, making it the first non-Pro model that has support for Apple Pencil.

The new 9.7-inch iPad is no different than the original 9.7-inch iPad Pro (which Apple replaced with a 10.5-inch Pro model later) from the exterior viewpoint, but it does come with a revamped specs and pricing. On the hardware side, the new iPad packs the A10 Fusion chip, which we have already experienced on iPhone 7, while the existing iPad Pro line-up uses an A10X chip.

Our most popular and affordable iPad now includes support for Apple Pencil, bringing the advanced capabilities of one of our most creative tools to even more users. This iPad also has the power of the A10 Fusion chip, combined with the big, beautiful Retina display, advanced cameras and sensors that enable incredible AR experiences simply not possible on other devices.

Apple warns employees about leaking in a leaked memo