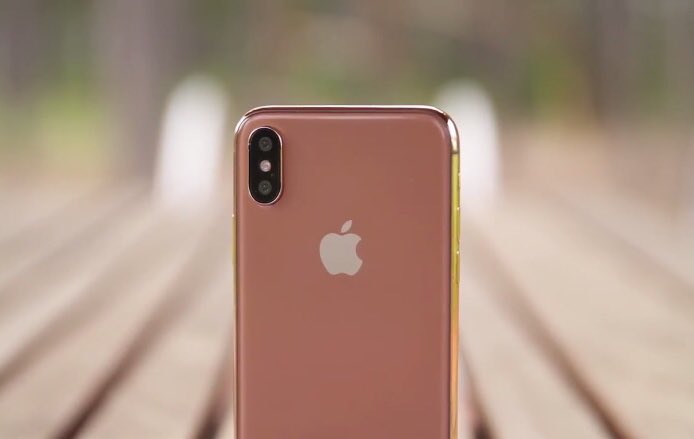 Apple launched iPhone X with only two color variations — silver and space gray — last year. This didn’t allow Cupertino fans to have a ‘Gold’ tag on their iPhone X — at least in color.  And the look, of course. But that might just change: Blush Gold iPhone X.

Images of an alleged ‘Blush Gold’ iPhone X have leaked online. Coming straight from the production line, according to the leak, we could soon see an official Gold iPhone X.

Behind the ‘Blush Gold’ iPhone X leak is Benjamin Geski, who also published the first leaked images of the iPhone X. So it wouldn’t be any wrong to say this leak authentic. Geski also claims the gold version has an internal codename D21A.

But wait! Don’t expect to see the gold variant of the iPhone X at Apple’s upcoming March 27 event in Chicago, as it’s an education-themed event and iPhone X-related announcements are unlikely to show up; however, being hopeful isn’t a bad thing.

AppleiPhone X
Up Next