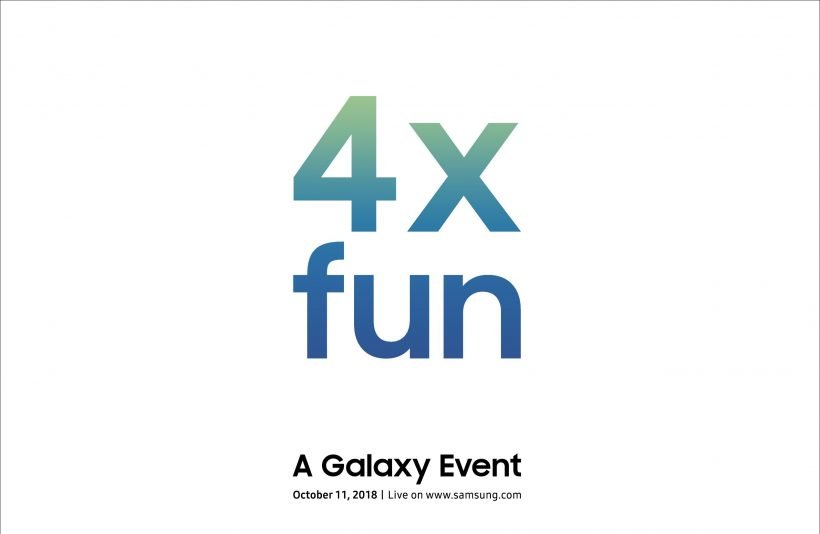 Samsung is hosting a Galaxy event on October 11 next month. The company posted a brief note about the event on its press website, in a surprising move today. We’ll be seeing a new Galaxy device that will offer “more ways to express yourself than ever before,” says Samsung.

The event teaser reads “4x fun” in the heading, which we have no idea what it’s hinting toward but a Galaxy device. This indeed is a surprising news, provided it’s coming from a company who released its phablet flagship, Galaxy Note 9 last month. And also not long after Apple wrapped up its iPhone Xs event this week. Samsung’s Galaxy event poster doesn’t reveal anything about what we will be seeing next month — a phone, camera, or something new — but it will be four times the fun, according to the South Korean giant.

As there’s no mention of the event location, the Galaxy event could be an online announcement across Samsung’s website on October 11, 2018. Stay tuned for what happens next on this story.

Galaxy EventsamsungSamsung Event
Up Next