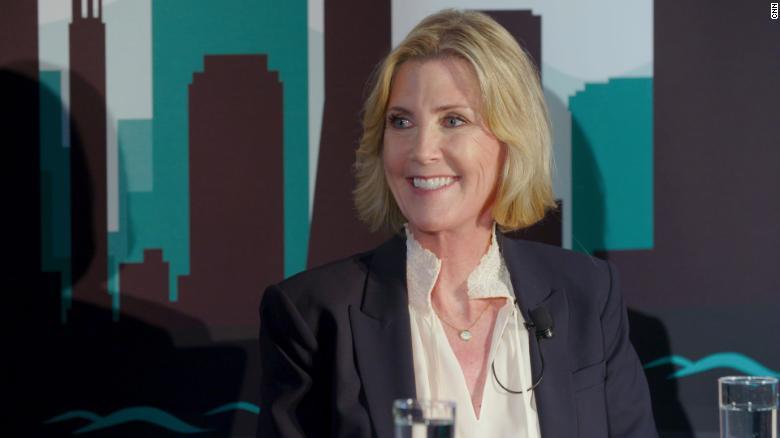 Apple launched its mobile payment system Apple Pay for the iPhone in 2014, and with the launch of Apple last month the company’s commitment to the ayments industry is now stronger than ever. The company undoubtedly is a big player in mobile payments now, with nearly a billion transactions being processed every month.

Apple Pay Vice President Jennifer Bailey recently sat down with CNN Chief Business Correspondent Christine Romans at a closed-door event in San Francisco, where she discussed the security, privacy, and the future of payments, including Apple Pay and Apple Card. Bailey did not just talk about what Apple’s currently offering, but also mentioned that the iPhone maker is “watching cryptocurrency” and thinks it has “interesting long-term potential.”

We’re watching cryptocurrency. We think it’s interesting. We think it has interesting long-term potential, but we’re primarily focused on what consumers are using today… and are happy with. Most people are pretty happy with their debit card as an example. And so helping people do that in a more secure way on our platform and in a more real time way is what we’re focused on.

This is the first time Apple has spoken about cryptocurrency in public to date, however, we are not in treat for anything new anytime soon. As Bailey mentions, Apple’s current priority is to enhance and improve existing technologies and products that we use.

Bailey discussed many interesting topics like how Apple Pay is changing the way people handle money. One of such topics include tipping, where the Apple executive said it needs to “work more on that” to have that personal touch.

We get that feedback a lot from customers about when they start using mobile payments and Apple Pay, they stop carrying cash. And one of the key areas where they would like us to do more is actually in tipping. You’ll see in some of the point-of-sale systems now great tipping functionality if you pay with mobile payments, but still that personal touch is one area where we still need to work more on that.

As for mobile payments, Bailey admits “a lot of education” is still needed to help customers understand how secure digital payment is against the traditional ways of payment.

As for now, Apple is sticking with its recently-launched Apple Card, in partnership with Goldman Sachs. The card sits right into the iPhone’s Wallet app, but you can order a laser-etched titanium hard version, too. It’s so sleek that it doesn’t even have numbers on it. You might wanna keep the card away from other credit cards as well as some fabrics like leather and denim to maintain its sleekness and color, says Apple.

AppleApple CardJennifer Bailey
Up Next

Apple Store goes down ahead of today’s iPhone event