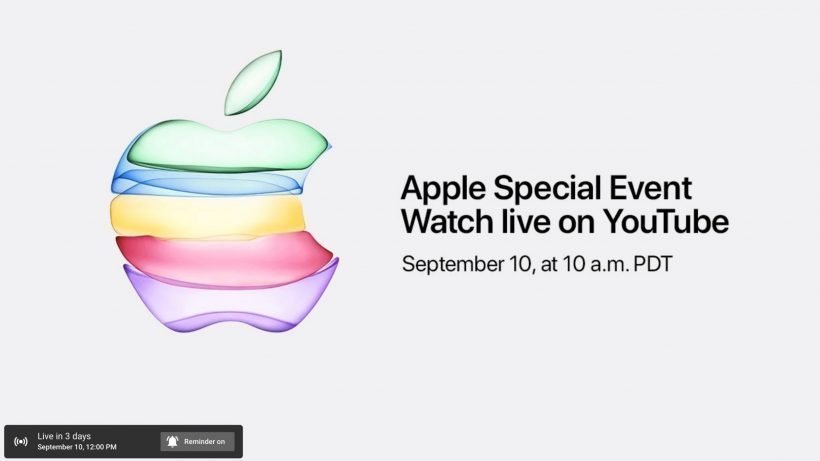 Apple will announce the next generation iPhone line-up next week, and the excitement couldn’t go any higher. As with every iPhone announcement, the company will live stream the special event for the world to watch.

In the past several years, Apple has expanded the availability of its special event live stream to as many platforms as possible. Apple offered live video on Twitter last year to stream the iPhone XS event, and this year’s expansion to YouTube makes it even bigger. This is the first time Apple is offering its special event broadcast on YouTube.

With the addition of YouTube, it dramatically expands the reach of the live stream as users on the Android Platform (including the TV) can now directly tune into the stream via YouTube instead of going through a web browser. Neat!

Cupertino calling. Join us for an Apple special event live from the Steve Jobs Theater on September 10 at 10 a.m. PDT. Set a reminder and we’ll send an update before the show.

Apple recently updated the Apple Events app for tvOS to include the special event with details and theme. Apple TV users can directly tune into the Events app while Android TV users can YouTube the stream. The event begins Tuesday, September 10 at 10am PT (or 11:45pm NPT), so don’t forget to tune in. You can watch the special event on YouTube through this link and on Apple’s website here.

AppleApple EventApple Special Event
Up Next