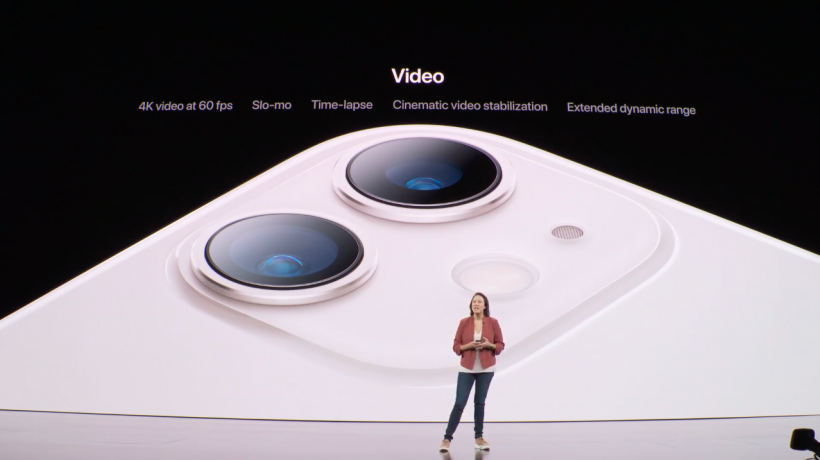 Apple’s most affordable iPhone from this year’s announcement is called iPhone 11, the successor to the iPhone XR from last year. Tim Cook announced the handset during Apple Special Event at the Steve Jobs Theater.

iPhone 11 sports a 6.1-inch Liquid Retina display, with the toughest glass ever in a smartphone. The handset is rated IP68 for water resistance up to 2 meters for up to 30 minutes, which can easily handle accidental spills.

The dual-camera setup includes Wide and lenses, not a telephoto lens. The camera can capture four times more scene, and both the cameras shoot 4K video at 60fps as well as slow-mo, time-lapse, and extended dynamic range. This will allows users to adjust cropping and zooming in post-production, and the Audio Zoom matches the audio to the video framing for more dynamic sound.

The front-facing camera on iPhone 11 has been updated to 12-megapixel, and comes with wide-angle selfie support as well. It can also shoot in 4K at 60fps.

For all that computation that goes under-the-hood, Apple’s iPhone 11 packs A13 Bionic, the fastest chip ever in a smartphone, says Apple. The chip features up to 20 percent faster CPU and GPU than A12. It can perform more than 1 trillion operations per second, with a faster Neural Engine, and new Machine Learning Accelerators.

Given such computational power, the iPhone 11 surprisingly packs a one-hour-longer battery life than the iPhone XR.