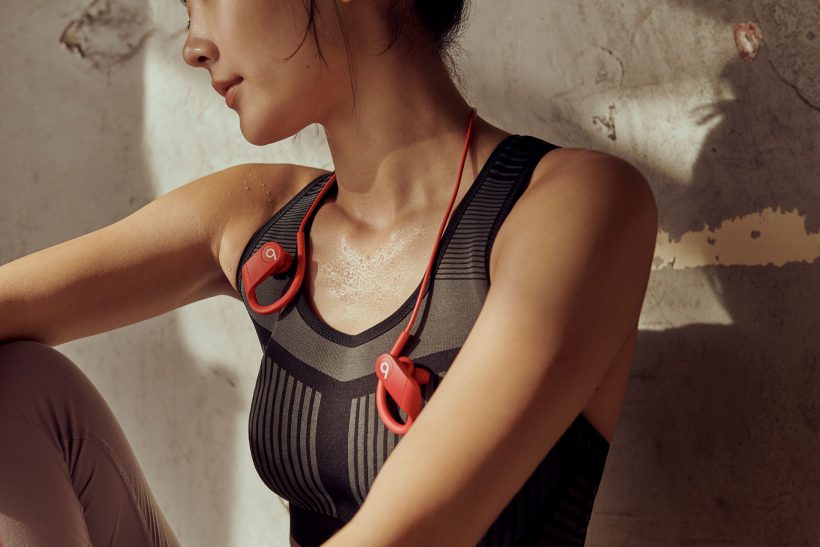 Beats today announced the fourth generation Powerbeats earbuds, the successor to the Powerbeats 3. The Apple-subsidiary is dropping the number tag for this model — just Powerbeats — with a new lower price at $149.

The Powerbeats wireless earbuds has a neckband design, similar to its predecessor, while housing some major upgrades. The battery life on the earbuds has increased to 15 hours on a single charge (up from 12 hours in the Powerbeats 3). A 5-minute charge can provide up to an hour of playback on the new Powerbeats.

Beats has included Apple’s H1 chip for quick pairing and hands-free voice controls with “Hey Siri.” The buds have on-ear controls for music, phone calls and voice capability. The left earbud features a power button, while the right earbud has a volume rocker and multi-function “b” button.

Beats says the new Powerbeats matches the fully-wireless Powerbeats Pro in terms of design and sound quality. The earbuds are now rated IPX4 for sweat and water resistance, like the Pro.

The Powerbeats support a Lightning to USB-A cable for charging, which comes in the box along with a carrying case. Color variants on offer include black, white, and red. You’ll be able to purchase the new Powerbeats wireless earbuds starting Wednesday, March 18 from Apple and other retailers that carry Beats on shelves.

Apple closes all stores outside of China until March 27