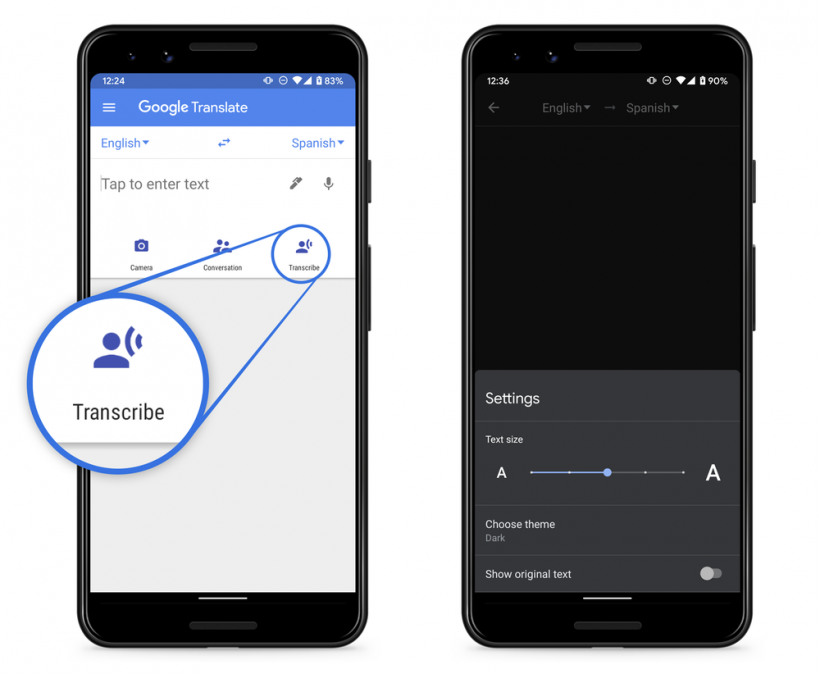 Google today released an update to its Translate app for Android. The app now lets users transcribe foreign language speech in real-time, meaning speech-to-text translations happen as you speak without any delay.

As part of this feature, a new “Transcribe” icon sits on the home screen. Simply tap on the icon and select the source and target languages from the dropdown. You can also pause or restart the transcription by using the mic icon. There’s a bunch of settings to adjust, from text size to a dark theme.

The real-time transcribe feature currently supports eight languages, including English, French, German, Hindi, Portuguese, Russian, Spanish and Thai, in any combination. Google says the transcribe feature will work best in a quiet environment with one person speaking at a time.

The transcribe update will be hitting Android devices around the world in next few days. Make sure you have the latest version of Google Translate for Android installed. The feature is Android-only at the moment, however, we’re hopeful for iOS version as well.

AndroidAndroid AppAppApp UpdateGoogleGoogle Translate
Up Next