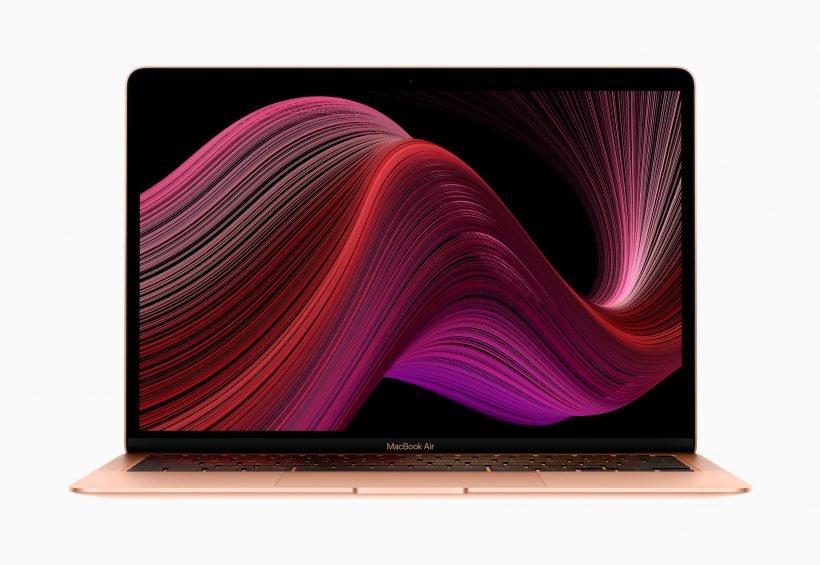 Apple has announced a new MacBook Air with a Magic Keyboard and upgraded hardware specs. The new Retina MacBook Air starts at $999, and $899 for education.

The new MacBook Air replaces the butterfly keyboard with a scissor switch Magic Keyboard that debuted in the 16-inch MacBook Pro last year. The redesigned scissor mechanism offers 1mm of key travel, while an inverted-“T” arrangement for the arrow keys makes them easier to find.

Apple has also bumped the specs under the hood, with doubled base storage at 256GB and the latest Intel CPUs. The new MacBook Air packs the 10th-generation Intel Core processors, including up to a 1.2GHz quad-core Core i7 that can speed up to 3.8GHz with Turbo Boost. Apple says it results in up to two times faster performance against the previous MacBook Air. With Intel Iris Pub Graphics, the Air now delivers up to 80 percent faster graphics performance as well. There’s also support for up to a 6K external display.

While everything else remains the same as previous model, the new MacBook Air starts at $999 for the base 256GB configuration. This is actually a lower price point, given the 2019 MacBook Air with 128GB base configuration cost $1,099 at launch. Education pricing starts at $899 for the same.

The new MacBook Air is available to order starting today on Apple.com and in the Apple Store app, while the in-store availability begins starting next week.