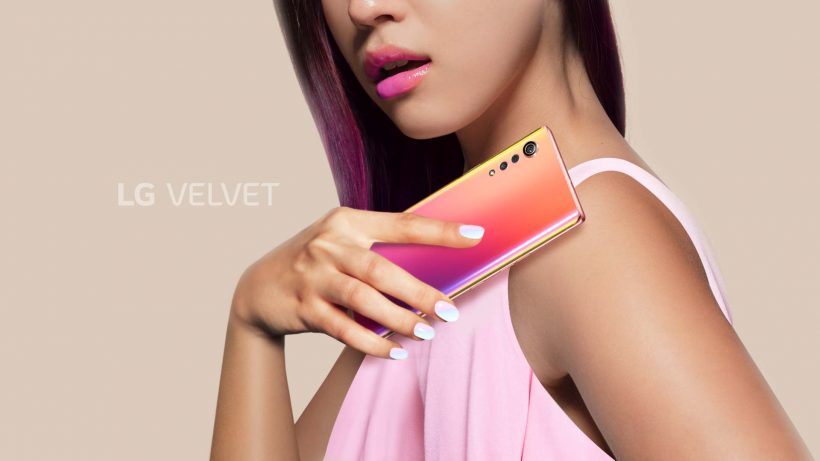 LG has announced the Velvet smartphone in South Korea. The smartphone has a new design language, featuring a ‘Raindrop’ layout for camera, that LG plans to use for future phones.

The new LG Velvet is a 6.8-inch OLED Full HD+ slab with 20.5:9 aspect ratio. There’s a small notch for the front camera attached with a slightly padded head and chin, in the front panel.

Powering the Velvet is a 7nm Snapdragon 765 5G processor paired with 8GB of RAM and 128GB of storage. The ‘Raindrop’ camera setup houses a 48-megapixel primary shooter, an 8-megapixel ultra-wide lens, and a 5-megapixel depth sensor. The selfie shooter is a 16-megapixel unit.

With support for both fast and wireless charging, the IP68 water resistant LG Velvet has a 4,300mAh battery under the hood. There’s also an in-display fingerprint sensor, and support for stylus. Oh, yes! The traditional 3.5mm headphone jack is here to stay on LG’s.

The LG Velvet comes in four color variants: Illusion Sunset, Aurora Gray, Aurora Green, and Aurora White. The handset will be available at all major carriers in South Korea, starting at 899,800 KRW (around $737). LG plans to launch the Velvet outside of the country in the coming weeks.