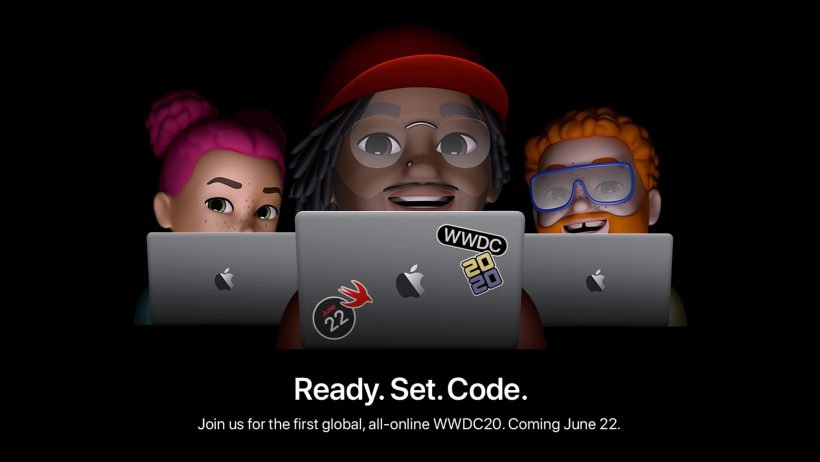 Apple has shared the schedule for its upcoming annual developer conference, WWDC 2020. The week-long event will take place on June 22 through June 26, with an array of activities planned for Apple’s developer community. And it’s the first-ever virtual WWDC happening in past 31 years.

Earlier in March, Apple announced the switch to an all-online format for WWDC 2020 due to COVID-19 pandemic. While the pandemic is still prevailing, it’s not stopping Apple from unveiling the next software releases for its products, and offering opportunities to its developers.

The WWDC 2020 Opening Keynote will kick off Monday, June 22 at 10am Pacific Time, directly from Apple Park. It is when Apple executives preview the upcoming features in Apple softwares.

Following the Keynote, a ‘Platforms State of the Union’ session will be hosted at 2pm Pacific Time on the same day. The session is designed to provide developers with a deeper look into the new software updates before they launch to the public. That’s continued by more than 100 technical and design sessions scheduled from June 23 to June 26, with new videos posted each day at 10am Pacific Time. All right in the Apple Developer app and website.

Apple is also launching all-new Apple Developer Forums for developers to connect with over 1,000 Apple engineers through the platform. Anyone can search and view the forum content, however, only registered Apple developers can ask questions about a variety of development topics. Developers can engage with Apple engineers over this year’s WWDC content on the forums starting day one of the conference.

Furthermore, there’s one-on-one Developer Labs starting from June 23 through June 26. This will allow developers to request an appointment with an Apple engineer for one-on-one guidance on Apple technologies. Requests for Developer Labs will be reviewed and notified through email, as availability is limited. In the meantime, the results for this year’s Swift Student Challenge will be announced on June 16.