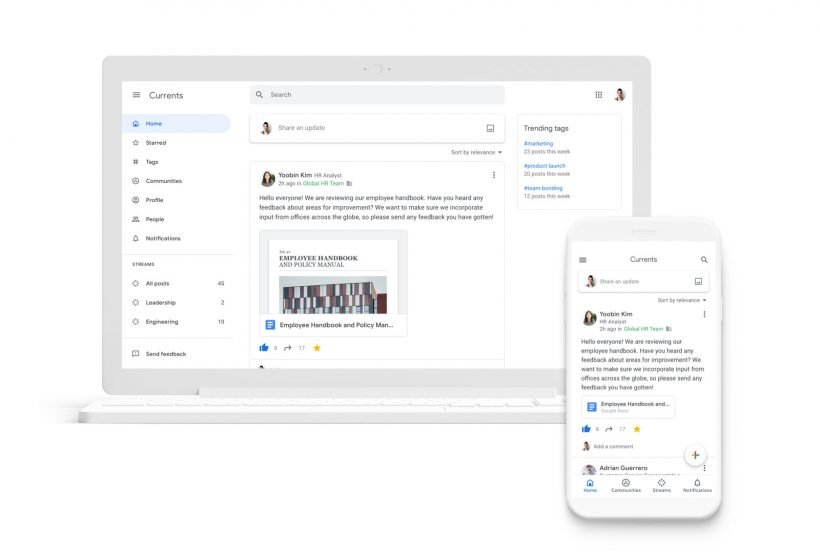 Google Plus had failed as a popular social media platform despite redesign and improvements. As a result, Google planned to shut down the platform. The company announced it would be replacing the social network for enterprise customers with Google Currents. And that’s on the table now.

Google Currents is now available to enterprises. Along with the availability, the company has also rebranded the Google Plus Android and iOS apps with Currents design to reflect the change.

Currents gets a bit of design changes compared to Google Plus, with a blue wave-like icon while the UI is mostly unchanged with a “home stream” based on relevancy or chronology. Files from Google Drive can be shared on Currents. Furthermore, you can do everything that Google Plus allowed for within your organization. Just like Google Plus, Currents allows you to post comments, ask questions through posts, and share feedback. Users can follow tags to discover content based on their preferences as well.

The existing plus.google.com URLs will continue to function and redirect you to currents.google.com. For pre-installed Android and iOS users, the auto-update will automatically upgrade Google Plus to the Currents app. Other users will be notified to upgrade to the new Currents mobile app through Play Store and App Store so they can continue using the service.