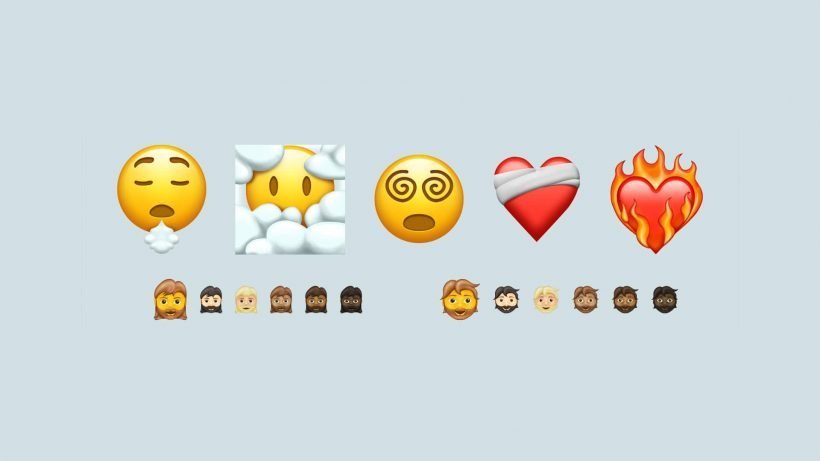 Unicode announced the finalization of emoji characters version 13.1. The newest version of emojis will be widely available in 2021, as per a blog post published on Unicode’s website. Probably the most exciting part of this new update is the addition of 217 new emojis including couple emojis resembling multiple skin tones.

Besides couple emojis in the version 13.1, there are seven completely new images coming with this update. This includes a heart on fire, a heart with bandages, a woman with beard, a gender-neutral person with beard, a face letting out an exasperated sigh, a face hidden in the clouds, and a dizzy-looking face with spiral eyes.

The new couple emojis mostly incorporate multi-person grouping emojis with various skin tones and gender. Couple emojis consist of “couples kissing” and “couples with heart.” This version of the emoji characters will start appearing in various devices in the coming months. However, the Unicode Consortium has not exactly mentioned the rollout date for the release of version 13.1.

Furthermore, the Consortium had to postpone their annual Unicode Standard release – Unicode 14.0 – by six months due to the COVID-19 pandemic. It will now be released in September 2021, instead of March.

‘Fortnite: Save the World’ will no longer be playable on macOS