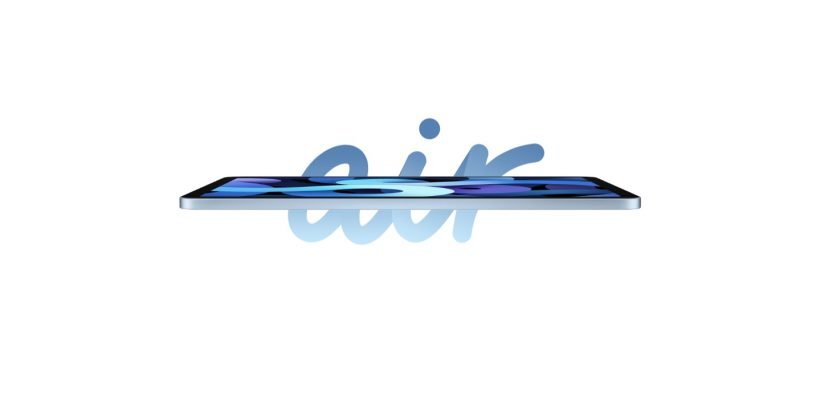 The 10.9-inch iPad Air sports a nearly edge-to-edge screen on the front and is hardly smaller than the 11-inch iPad Pro for the Liquid Retina display. The new design aligns the Air with the Pro models at a glance, leaving the 10.2-inch iPad and iPad mini with Apple’s classic tablet design. Apple has transitioned the Touch ID sensor to the power button, as the home button is now axed in favor of smaller bezels around the screen. It also has stereo speakers in landscape mode.

On the back, the Air has a 12-megapixel camera lens with an f/1.8 aperture. Apple says it’s same as the main camera on the iPad Pro. There’s also support for Smart Connector that allows to magnetically attach accessories like the Magic Keyboard. It supports the second-generation Apple Pencil, too.

The redesigned iPad Air is equipped with Apple’s A14 chipset, a first 5nm chip from Cupertino. Apple says the A14 Bionic houses 11.8 billion transistors, featuring a new 6-core design and 4-core graphics architecture. There’s a 40 percent CPU performance boost and 30 percent improvement in graphics, according to Apple. In the A14 Bionic, the Neural Engine gets a new 16-core design that is twice as fast and capable of performing up to 11 trillion operations per second. The latest Bionic can now perform 10 times faster machine learning calculations, thanks to the second-generation machine learning accelerators included.

The new iPad Air comes in three new variants – green, sky blue, and rose gold – in addition to the existing space gray and silver enclosures. It starts at $599 for 64GB of storage, while the LTE version costs $729 for the same. The 256GB storage will cost an additional $150 on both variants. Pre-orders are open now, with availability sometime in October.