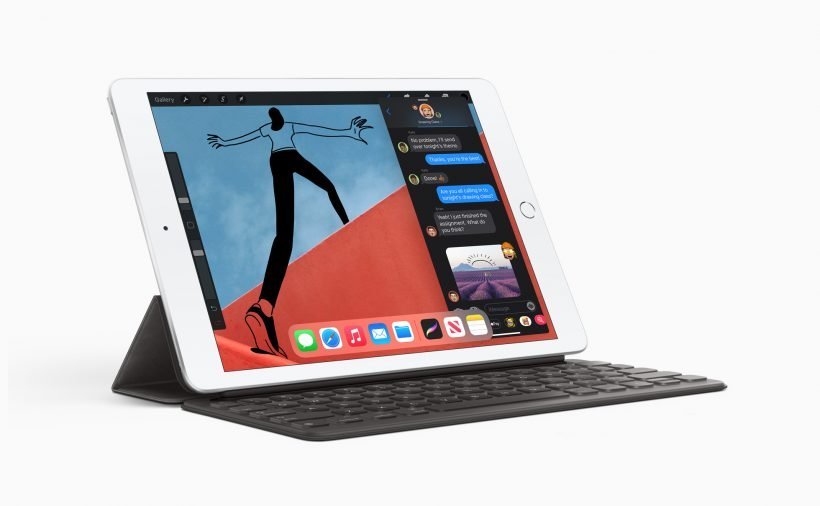 Apple upgraded its most affordable iPad with improved internals today. This follows the announcement of Apple Watch Series 6 and the low-cost Apple Watch SE.

The 8th-generation iPad houses Apple’s A12 Bionic chip, which debuted on iPhone XS, offering a significant performance boost over the 7th-generation iPad. With the A12 Bionic, Apple is bringing Neural Engine to the entry-level iPad and promises twice the graphics performance. It’s the same chip that powers features like Face ID and Animoji on iPhone.

While there are no visible design changes, the screen size remains the same at 10.2 inches with traditional bezels around. The round-button Touch ID still exists there. The iPad also connects to Apple’s Smart Keyboard via the Smart Connector port. The stylus support continues with the first-generation Apple Pencil.

The new iPad runs iPadOS 14 supporting features like handwriting to text. Pricing as well as storage configuration remain same as the current model, starting at $329 for customers and $299 for education customers. It’ll be available in space gray, silver, and gold color options in both 32GB and 128GB variants. Pre-orders are open now. Availability on Friday, September 18.