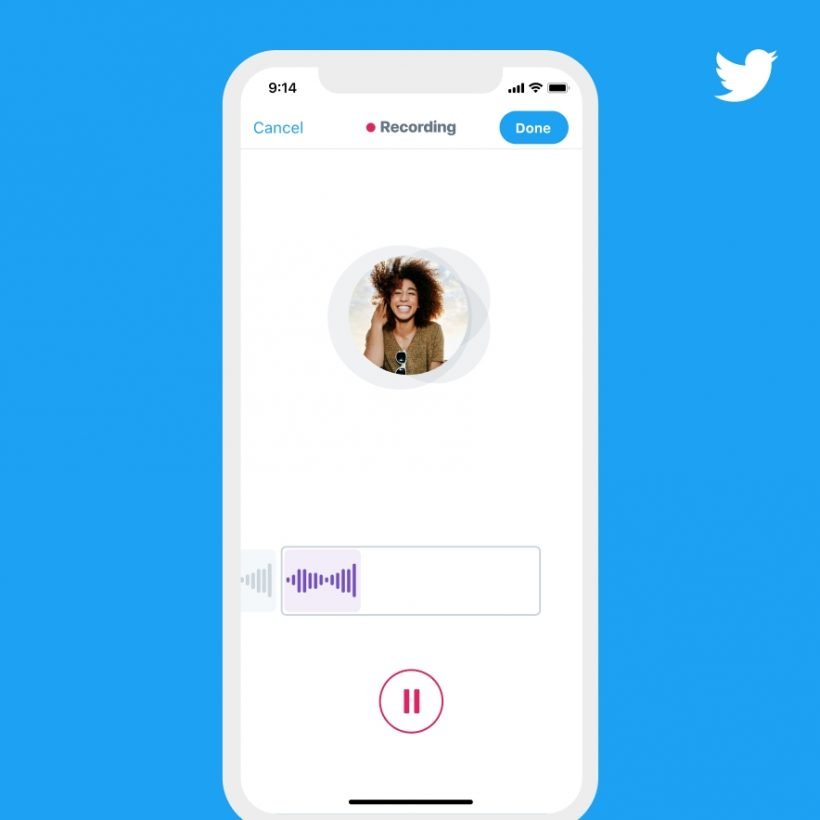 Twitter is expanding voice tweets to more iOS users, after testing with a limited number of users back in June. The feature allows users to tweet with their voice and send voice-based messages, an alternative to typing text.

Opening the tweet composer, you can tap on the new wavelength icon which opens a voice recorder screen in-app, and you’re just a tap away from recording your voice tweet.

Transcription for audio and video is part of our larger plan to make Twitter accessible for everyone across all features, both existing and new.https://t.co/c9LTPiE003 (2/2)

Twitter users will be able to record up to 140 seconds of audio; continuous recording is also possible, but it will create multiple voice tweets. You can also listen to a voice tweet by tapping on the image on the Twitter timeline. Playback starts in an audio player that’s docked at the bottom of the timeline on Twitter for iOS app, so you can continue scrolling through your Twitter feed.

Following this, Twitter said it plans on adding automated captions to audio and video by “early 2021.” For more information about the voice tweets feature, you can see Twitter’s announcement.

20GB worth of Intel’s confidential files and intellectual property leaked