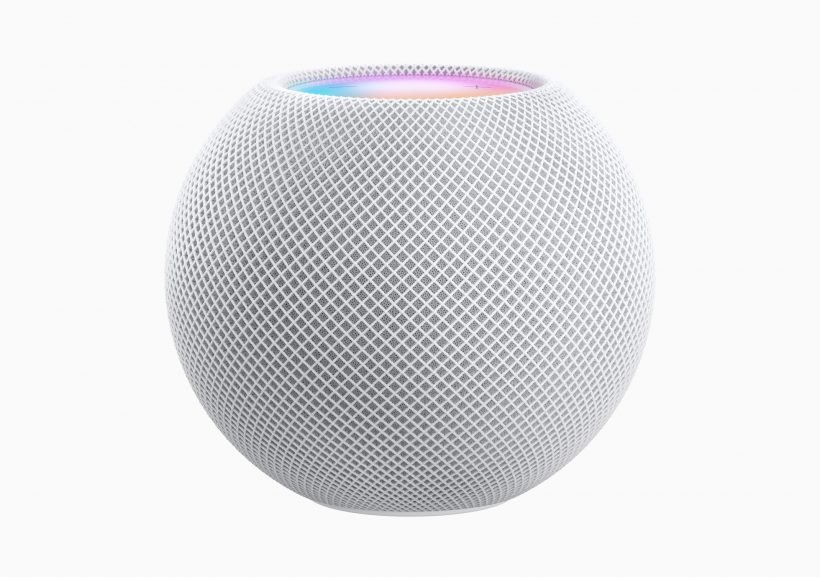 Apple launched a new model of its smart speaker – the HomePod mini – with a new spherical design at its October virtual event. Measuring 6.8 inches high and 5.6 inches wide, it’s a smaller version of Apple’s HomePod smart speaker and costs just $99.

The device is powered by Apple S5 chip, which is also used is Apple Watch Series 5 and Apple Watch SE, to deliver computational audio, according to Apple. It features a full-range dynamic driver, two passive radiators for bass response, an acoustic waveguide for 360-degree sound, and is equipped with an U1 chip which debuted in last year’s iPhones.

With multiple HomePod mini speakers, you can play music in sync and “intelligently” create stereo pairing in a single room. Apple introduced a new “Intercom” feature which allows to send messages from one ‌HomePod‌ to another within a home, as well as with other Apple devices and even with CarPlay-enabled vehicles. The HomePod mini features a backlit touch surface with touch control volume, play, and pause actions that light up when ‌Siri‌ is invoked.

‌HomePod‌ mini supports Apple Music, podcasts, radio stations from iHeartRadio, radio.com, and TuneIn, and promises to include other music services including Pandora and Amazon Music in coming months.

‌Priced at $99, the smaller HomePod mini is available in either White or Space Gray. Pre-orders begin from November 6 and gets down for shipment from November 16.