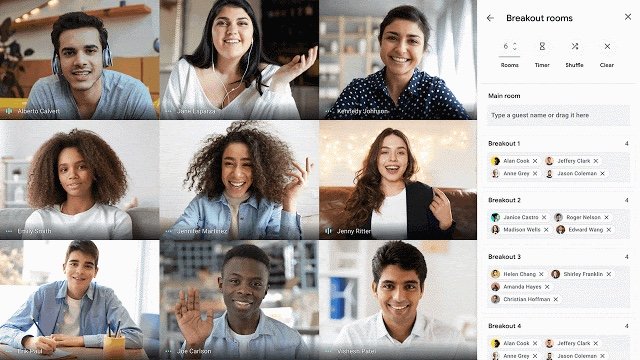 Now call participants in Google Meet can divide the entire group into different sub-groups for instant small discussions. A recent G suite update has added a feature through which meeting attendees can divide themselves in up to 100 breakout rooms. Mostly focused to facilitate educators, this new feature will enable them to split students for small group conversations (or discussions).

Google says breakout rooms will be available after an update to Enterprise for Education users in the next few days. This new update from Google will help meetings around the world be more interactive – for those who rely on Google Meet. Competitors like Zoom already offer breakout rooms, so it was just about time Google added it.

G Suite UpdateGoogleGoogle Meet
Up Next