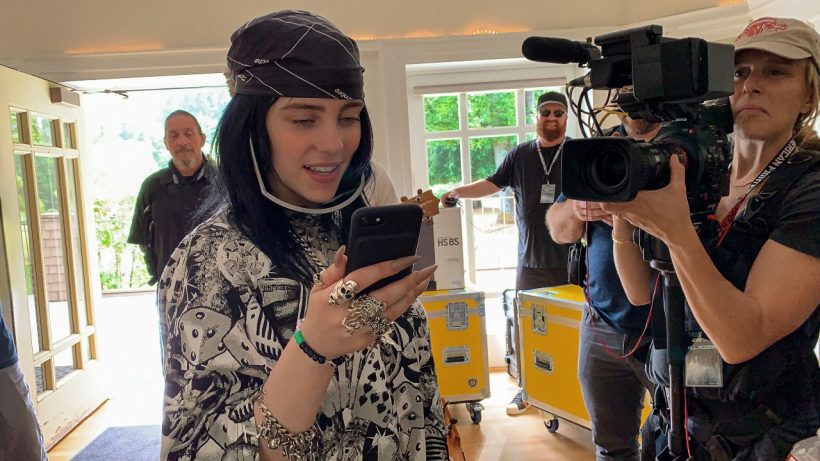 Apple made an announcement about a global live premiere event before the release of “Billie Eilish: The World’s A Little Blurry.” It is an Apple TV Plus documentary that shows the singer’s life after her debut album in March 2019.

The live event will start at 6PM Pacific Time on February 25 which will be then available for free streaming through the Apple TV app, Apple Music app, and on Eilish’s YouTube channel. This event will also include an exclusive performance and conversation with Billie Eilish, a discussion with director R.J. Cutler, and an “intimate conversation” with Eilish hosted by DJ Zane Lowe.

After the event, the “Billie Eilish: The World’s A Little Blurry,” documentary will be available on Apple TV Plus.

“Billie Eilish: The World’s A Little Blurry” tells the true coming-of-age story of the singer-songwriter and her rise to global superstardom. From award-winning filmmaker R.J. Cutler, the film offers a deeply intimate look at this extraordinary teenager’s journey, at just 17 years old, navigating life on the road, on stage, and at home with her family, while writing, recording and releasing her debut album “WHEN WE ALL FALL ASLEEP, WHERE DO WE GO?”

The collaboration between the duo isn’t new as she has hosted two radio shows on Apple Music with “Groupies Have Feelings Too” and “Me and Dad Radio,” and has also been interviewed several times on “Up Next” by Zane Lowe.

Samsung sends out invites for its Galaxy Unpacked event 2021