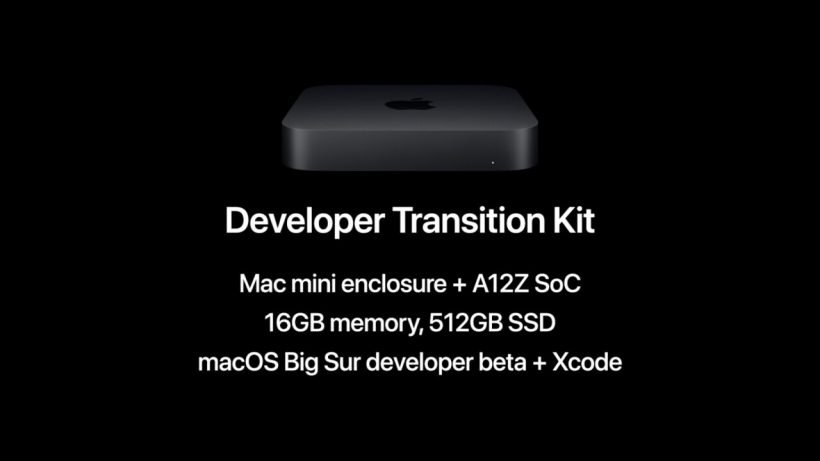 Apple has asked developers who were part of the Universal App Quick Start Program to return the Developer Transition Kit (DTK) by March 31 via email. The kits are Mac minis with A12Z chip which Apple provided to developers for creating and updating apps compatible with Apple Silicon ahead of the new M1 Macs launch.

To get the Developer Transition Kit, developers had to pay $500 and Apple initially offered only $200 credit to developers after returning the machine. But, when the developers pointed out the low credit amount and technical issues, later Apple increased the offering credit to $500.

Thanks again for participating in the Universal Quick Start Program and committing to building great apps for Mac. We’re following up with shipping instructions to return the Developer Transition Kit (DTK) that was loaned to you as part of the program. Please take a moment to review these details and ship all DTKs back to us by March 31, 2021.

As we mentioned in our last email, upon confirmed return of the DTK, you’ll receive a credit for 500USD in the form of a one-time use promo code valid until the end of 2021. You can use it toward the purchase of a new ‌M1‌ Mac or other Apple products ordered through the Apple Store Online.

The offered $500 credit is a one-time use promo code. Developers can redeem it by making a purchase on the Apple Online Store for any Apple product until December 31, 2021. Though, they can’t purchase Gift Cards or AppleCare+ plans.

Apple sent out Developer Transition Kits back in June for app development purposes. Developers who fail to return the DTK machine by March 31 will not receive the credit. Apple mentioned that the DTK Mac minis won’t receive any software updates so the device will be useless after sometime. The Cupertino-based tech giant also warned to ban the developers from the Apple Developer program if failed to do so.