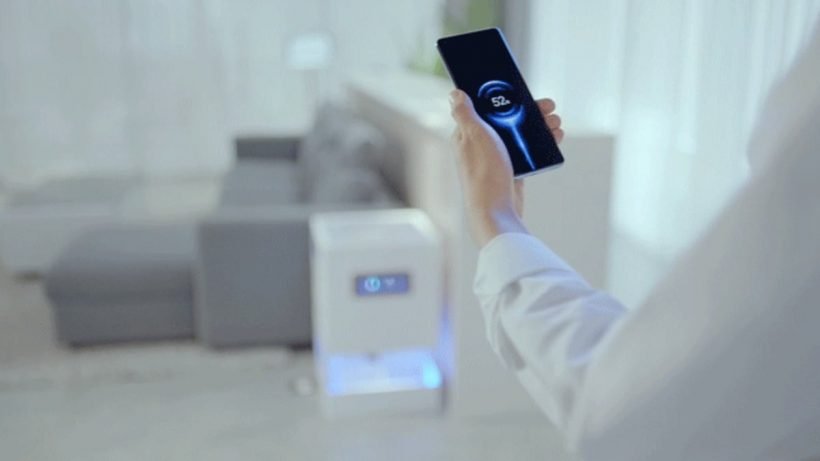 Xiaomi recently showcased a unique feature known as over-the-air wireless charging. The third-largest smartphone maker unveiled “Mi Air Charge Technology,” which is believed to deliver 5W of power to multiple devices within a radius of several meters without any cables or stands.

To compare, the old bulky Apple charger had a power of 5W while directly connected to the power outlet. A phase control array composed of 144 antennas transmits millimeter-wide waves directly to the phone through beamforming, the company said. The charging speed isn’t affected by the surrounding objects either.

Xiaomi added that the system will also be able to work with smartwatches, bracelets, and other wearable devices “in the near future.” However, it has been stated the feature will not be coming to its devices this year.