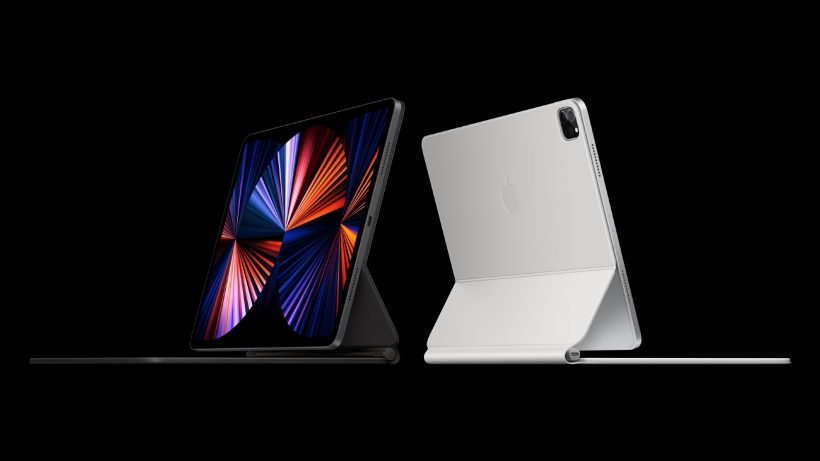 While the external aesthetics and dimensions are identical to the previous generation iPad Pro, the internals get a major performance boost. The tablet replaces the A-series chip with the company’s M1 silicon. It’s the same chip that powers the latest MacBook Air, MacBook Pro, and Mac mini.

The M1 chip in the new iPad Pro delivers “a big jump in performance,” Apple claims, compared to the previous generation. The graphics performance is over a whopping 1,500x faster. Apple says the battery life offered on the WiFi model is up to 10 hours, while the cellular version downs to nine.

The camera system on the iPad Pro goes further. The front facing camera has a 12-megapixel ultra-wide sensor that spans to 120-degree field-of-view. This enables for Center Stage, a new feature that focuses on your face even when you move along during video calls. The rear camera arrangement is further optimized for low-light conditions, Apple touts.

Apple has added Thunderbolt 3 and USB 4 compatibility to the iPad Pro, alongside mmWave 5G and eSIM support. The device will support the Apple Pencil, the Smart Keyboard Folio, and the Magic Keyboard, which now comes in white as well.

Pricing for the 11-inch iPad Pro starts at $799, and the 12.9-inch iPad Pro at $1,099. The cellular versions cost an additional $200. Education pricing is also available. The new iPad Pro will be available to pre-order beginning April 30, and shipping in the second half of May.

Apple to launch podcast subscriptions in over 170 countries next month