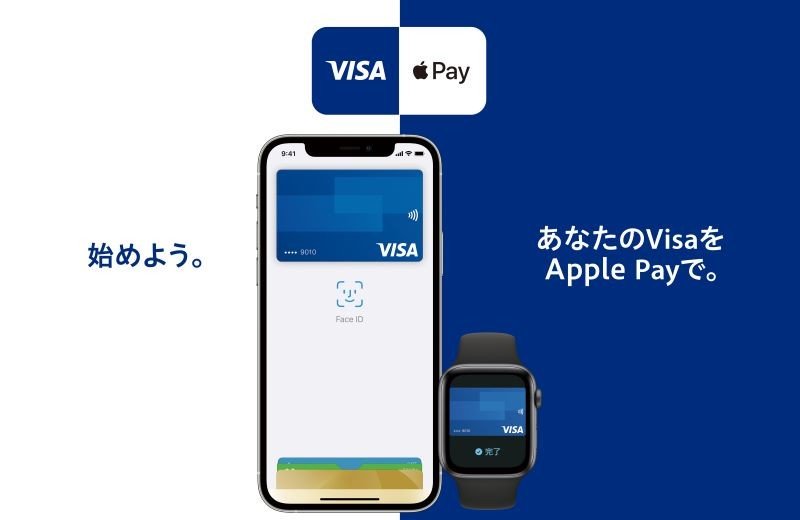 Visa has launched support for Apple Pay in Japan. Customers can now add their Visa credit and debit cards to the Wallet app on iPhone and use it directly with Apple Pay online and at Visa touch terminals.

We are very pleased to be able to provide consumers and merchants with safe and secure digital payments and Visa touch payments using Visa’s token technology through the support of Apple Pay. In response to the growing interest of consumers in “non-contact” in the recent corona disaster, we hope that this support for Apple Pay will be the driving force for further promotion of cashlessness in Japan.

Currently, the Apple Pay support for Visa credit and debit cards is limited to Aplus, Credit Saison, JACCS, Mitsui Sumitomo Bank Card, NTT DoCoMo, Rakuten, and SMBC Finance Service. Customers with Visa cards issued by any of the supported financial institutions can add their card to their Wallet on iPhone and Apple Watch.

Apple Pay was initially launched in the United States in 2014 and after a year it was rolled out internationally. Apple Pay has been available in Japan since 2016. With Apple Pay, you can pay for restaurants, taxis, and many more by just holding your iPhone or Apple Watch near the contactless reader.

Visa’s support for Apple Pay in Japan contributes towards the ambitious goal of the Government of Japan to make a cashless payment ratio of 40 percent by 2025.