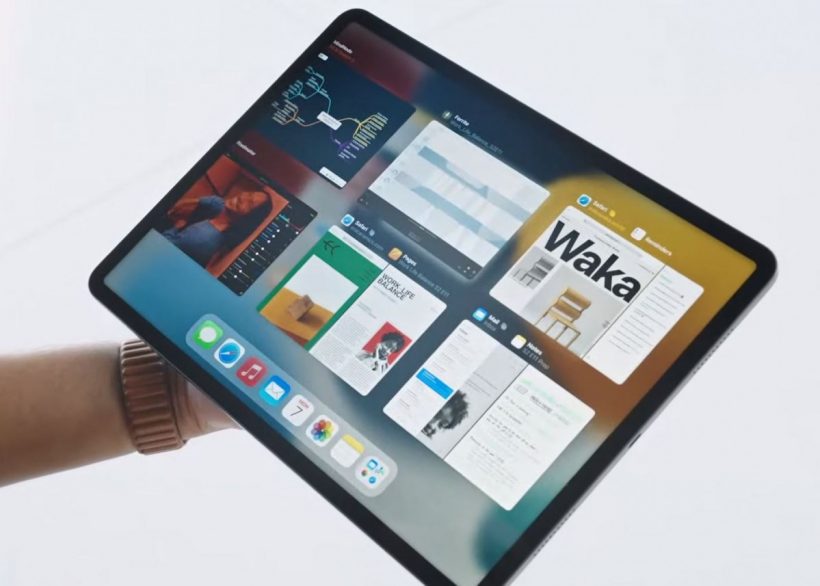 Apple has redesigned the home screen adding support for widgets. Previously, widgets on iPadOS were limited to the sidebar, which now changes with iPadOS 15. The widgets can be placed anywhere on the screen among the apps and come in larger sizes to make use of screen real estate. There’s also App Library coming to iPadOS 15, which also means you can now hide apps on the home screen. The App Library can be accessed straight from the dock as well.

With iPadOS 15, Notes is also getting an interesting update as you can now mention someone with an ‘@’ symbol into the note, and they’ll quickly get notified. You can see all the activity on shared notes through the activity viewer. To organize all the tasks Apple lets you add hashtags (#) anywhere in the note and you can use the tag browser to navigate through the notes. The Quick Note feature lets you swipe up from the corner of the screen with the Apple Pencil, bringing up a new or saved note for writing.

The new multitasking tools can be selected from the top of the iPad’s screen. It lets you select whether you want a single app, Split View, or Slide Over multitasking. Pick one and you’re good to go. The Split View now lets you swipe down on either side of the screen to navigate to a new app or to the home page.

The Translate app comes with a new way to communicate on the iPad. The Auto Translate detects the language when someone is speaking and automatically translates it without the need to tap a microphone button. It even allows users to translate when two people sit across from one another face-to-face and see translations of the conversation from their own side. For the device text and handwritten text, you can now translate it from anywhere by just selecting it and tapping on Translate. You can even translate text from photos, and all of it works system-wide.

With the iPadOS 15 software update, you can build iPhone and iPad apps right on your iPad and submit them directly to the App Store. This has been made possible by, as you’d expect, Swift Playgrounds 4. Apple has highlighted most of the new features on its iPadOS 15 preview page.