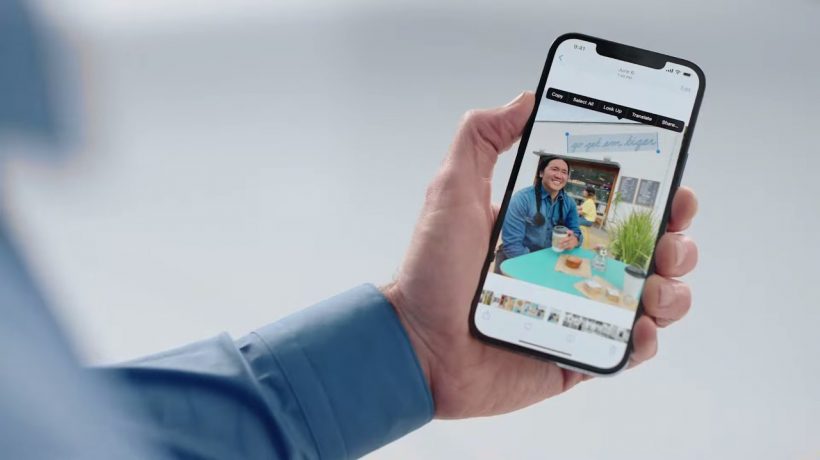 Apple today announced Live Text, a feature that will make text in photos actionable. This is a handy feature, powered by “on-device intelligence,” that lets you copy and paste text from your photos and use it as digital text.

With Live Text, for instance, you can highlight a phone number in a photo and make a call right away (Craig did that on stage!). Or, tap on a text and search for it directly on the web. The instant actions make it more convenient to use.

The feature works across the entire system, including Screenshots, Quick Look, and even photos on the web. Live Text also integrates with Spotlight search, meaning you can search for photos in your camera roll based on the text.