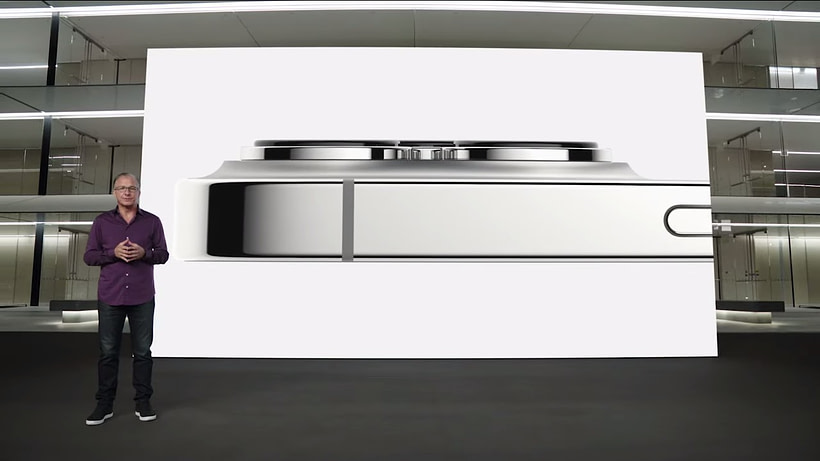 Apple announced the Pro variant of this year’s iPhone lineup — the iPhone 13 Pro and the iPhone 13 Pro Max. The handsets bring significant advancements under the hood, with a smaller notch inherited from the regular iPhone 13.

The iPhone 13 pro and the iPhone 13 max consist of the same 6.1″ and 6.7″ screen as of the 12 Pro and 12 Pro Max, unveiled last year. The displays are Super Retina and ProMotion, featuring the longly awaited adaptive refresh rate of 120hz that aims to provide a faster touch experience and be more responsive. Apple fans have been delighted with the improvements in the display, especially.

Similarly, the handsets are equipped with the new A15 Bionic chip. The chip consists of a 5 core GPU which expects 50 percent better graphics. To compare, the iPhone 13 and the 13 mini have 4-core GPU packed in them.

Apple brings camera enhancements to Pro Models as well with new Telephoto, 77mm Ultra Wide, and Wide lenses consisting of larger apertures and sensors. The cameras have sensor-shift stabilization for a significant reduction in camera shake. Apple has introduced Macro photography to the handsets. Unlike other devices, which require a separate lens for the feature, Apple has made the feature available on its new Wide lens. Similarly, the night mode is rolled out on every camera lens. The iPhone 13 Pro and the 13 Pro Max have the same camera configurations providing users flexibility to choose among the two models.