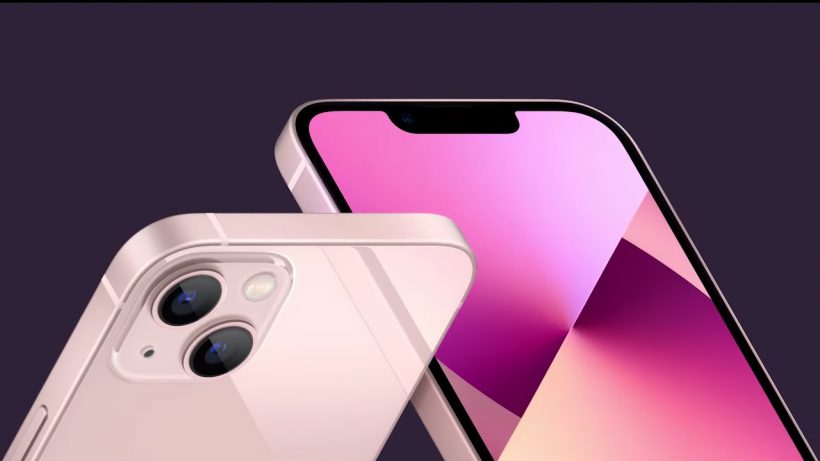 Apple today unveiled the iPhone 13 and iPhone 13 mini at its “California Streaming” event. The new lineup features a smaller notch, revamped camera design, and a bigger battery, among other advancements.

The iPhone 13 features a 6.1-inch screen size, the same as that of the iPhone 12 released last year. The display is improved to a newer Super Retina XDR display which, according to Apple, is 28 percent brighter with 1200 nits peak brightness. The iPhone 13 mini, the smallest of all iPhone 13 models, sports a 5.4-inch screen. The mini also features the new Super Retina XDR display. The design aspect of the handsets is similar to its predecessors, which marked the introduction of the flat-edge design, once again. However, the cameras are placed diagonally this time.

The iPhone 13 and iPhone 13 mini are packed with the new A15 Bionic chip consisting of a 6-core CPU and 4-core GPU. Apple says the chip provides up to 50 percent faster CPU and up to 30 percent faster graphics than its current competition.

The diagonal camera setup consists of a Wide lens featuring an f/1.6 aperture and an Ultra-Wide lens featuring an f/2.4 aperture. The Ultra-Wide camera is updated to provide better performance in low light whereas the Wide camera aims to let in 47 percent more light. Apple has made the sensor-shift optical image stabilization from Pro models available on both iPhone 13 and iPhone 13 mini. Sadly, the devices miss out on telephoto lens made available only for the Pro models.

Apple also introduced a cinematic video mode that blurs the background to focus on the subject, adding a depth effect even after the video is shot. The company believes that this feature will revolutionize mobile filming.

The devices are protected with Ceramic Shield and are IP68 water-resistant like the iPhone 12 and iPhone 12 mini. The iPhone 13 models have been made available in five new colors, pink, blue, red, midnight, and starlight. The 64GB version is gone, making the devices start at a base storage option of 128GB.

The iPhone 13 starts at $799 and the iPhone 13 mini starts at $699. They will be available for pre-order on September 16 through Apple’s official website.

AnnouncementAppleiPhone 13iPhone 13 mini
Up Next