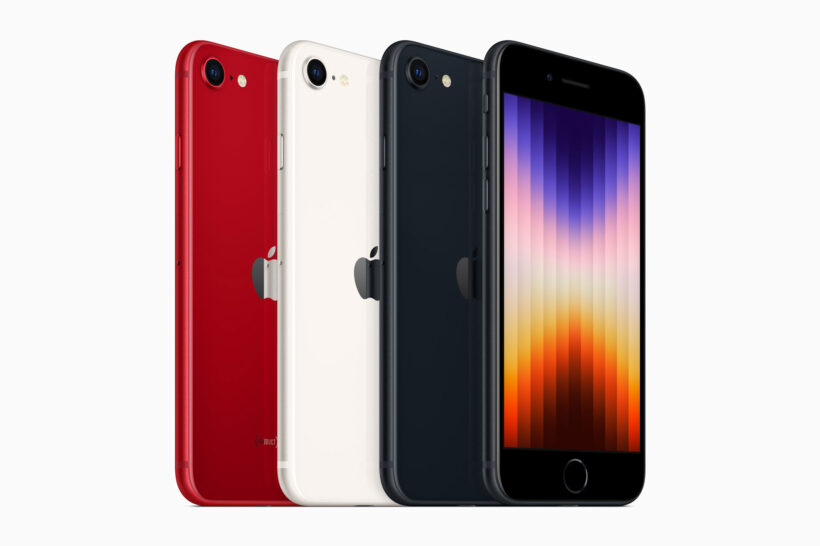 The iPhone SE 2022 looks no different than its predecessor and comes in Midnight, Starlight, and (PRODUCT) RED finishes. The glass used in this budget phone is the same as that on the back of the iPhone 13. Apple says it’s the “toughest glass in a smartphone.”

There’s a single 12-megapixel (f/1.8) camera on the back and a 7-megapixel (f/2.2) unit on the front. The addition of the A15 Bionic unlocks more capabilities on the software front. Features such as Smart HDR 4, Photographic Styles, Deep Fusion, and Portrait mode are now available on the iPhone SE.

Apple is also promising improved battery life on the iPhone SE, thanks to the A15 Bionic and iOS 15. The handset maintains IP67 water and dust resistance standard, and houses the Home button with a Touch ID sensor. There’s support for Qi wireless charging, although it lacks MagSafe. The latest iPhone SE starts at $429, which is a little more than its $399 predecessor. Pre-orders begin Friday, March 11, and shipping starts on March 18.

iPad Air gets a performance boost with the M1 chip

New green finishes arrive for the iPhone 13 and 13 Pro