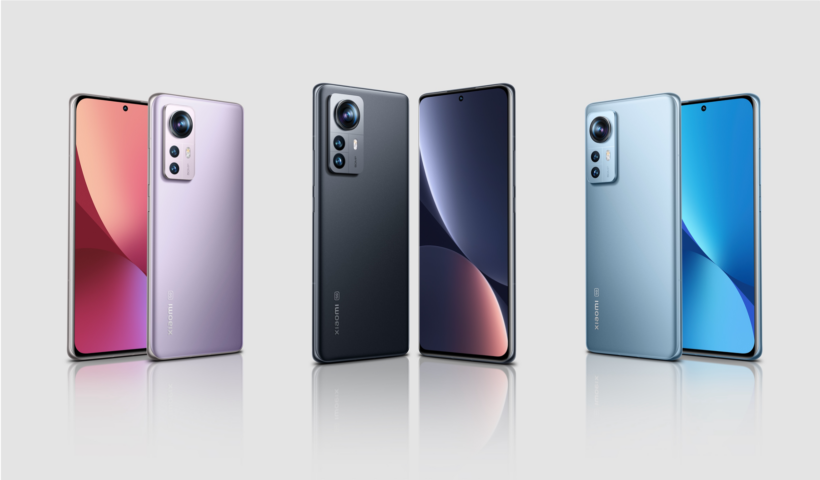 Xiaomi has launched the Xiaomi 12 flagship series globally, after launching it in China earlier in December. The company’s latest flagship lineup includes the standard Xiaomi 12, the larger 12 Pro, and the affordable 12X. The Xiaomi 12 is the successor to Mi 11, and also the first Xiaomi flagship series to launch after the company decided to drop the ‘Mi’ branding.

The Xiaomi 12 sports a 6.28-inch FHD Plus AMOLED display with a 120Hz refresh rate, protected by Gorilla Glass Victus. The smartphone consists of three rear-facing cameras; a 50-megapixel main lens (f/1.88), a 13-megapixel ultra-wide lens (f/2.4), and a 5-megapixel telemacro camera. There’s a 32-megapixel selfie camera on the front.

Featuring Qualcomm’s Snapdragon 8 Gen 1 chipset, the phone comes with 8GB or 12GB of RAM, and 128GB or 256GB of storage. It is powered by a 4,500mAh battery that supports 67W wired charging, 50W wireless charging, and 10W reverse wireless charging.

Next up is the Xiaomi 12 Pro which serves as a larger option to the Xiaomi 12 – with some Pro enhancements, of course! It features a 6.73-inch WQHD Plus AMOLED display with a 120Hz refresh rate. The Pro handset uses the LTPO (low-temperature polycrystalline oxide) technology to provide a dynamic refresh rate depending on the content of the screen under that Gorilla Glass Victus.

The Xiaomi 12 Pro features a 50-megapixel (f/1.9) main camera joined by an additional 50-megapixel (f/2.2) ultra-wide camera, and a 50-megapixel (f/1.9) telephoto lens. The selfie camera is same as that of the 12. There’s a 4,600mAh battery plant capable of a massive 120W wired charging and 50W wireless charging. Xiaomi says the 12 Pro can fully charge in just 18 minutes using Boost mode, thanks to Xiaomi HyperCharge. Given the ‘Pro’ label, the handset comes with 8GB or 12GB of RAM, and 256GB of storage.

The 12X is the last one on the list, and looks like a replacement for the usual ‘Lite’ model. It’s nearly identical to the standard 12 in terms of both specs and design. There’s a tradeoff, however, to maintain the affordable tag. Instead of the Snapdragon 8 Gen 1 chipset, the Xiaomi 12X features a less powerful Snapdragon 870 chip. Also, there’s no support for wireless charging. Well, it’s a budget phone, after all. Other than that, it features the same 6.28-inch 120Hz display, standard camera system (minus some features), and 4,500mAh battery unit.

The Xiaomi 12, 12 Pro, and 12X come in three different colors: gray, purple, and blue. The entire lineup will ship with Xiaomi’s in-house MIUI 13. The Xiaomi 12 starts at $749, the 12 Pro at $999, and the 12X at $649. Xiaomi didn’t mention the availability of the phones, though. From what we know, the phones won’t be making it to North America officially as Xiaomi doesn’t sell phones in this region.