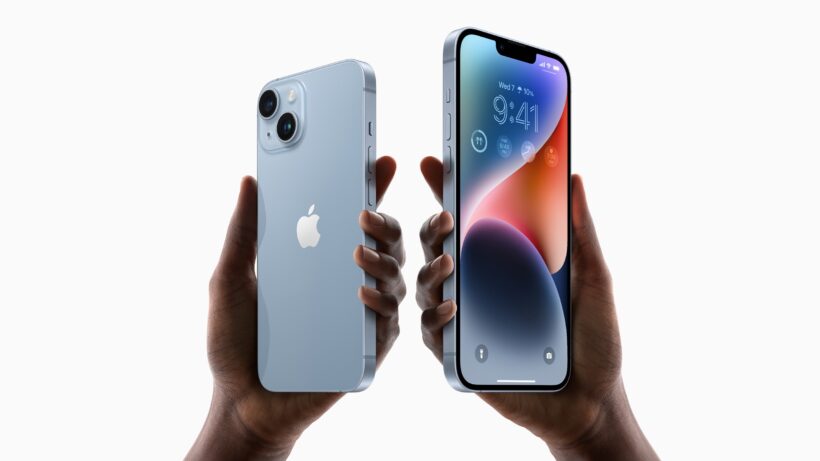 Apple launched the iPhone 14 and iPhone 14 Plus at its September event. The standard iPhone 14 starts at $799, and the 14 Plus at $899, without the physical SIM tray in the United States.

The new iPhones cue from last year’s design language, and axe the handy mini-sized iPhone. The standard model measures 6.1 inches, and the Plus one 6.7 inches (same as that of the iPhone 13 Pro Max). Both iPhone 14 models pack Apple’s A15 Bionic chipset, which we have already seen in the iPhone 13 Pro Max last year. The Plus model claims to offer the best battery life on iPhone, according to Apple.

Apple is bringing a massive change to the connectivity part, with satellite-based emergency messaging when you’re out of range of cellular or WiFi connectivity. The interface will guide you through the steps to connect your phone’s antennas to satellite frequencies, which is easier with a clear view of the sky. The emergency SOS feature will be available in the United States and Canada initially and will be free for two years. There’s also Crash Detection on iPhone which can detect a severe car crash and dial emergency services if needed.

Apple says it has revamped the main and front cameras on the iPhone 14 models. There’s a new 12-megapixel main camera with f/1.5 aperture and sensor-shift optical image stabilization. A new Action mode will adjust to significant shakes, motion, and vibrations to offer a gimbal=esque experience when capturing a video. The front 12-megapixel TrueDepth camera with f/1.9 now has autofocus. Apple says there’s a giant leap in low-light photography performance, thanks to Photonic Engine. It increases the quality of the photos by applying Deep Fusion image processing earlier in the image pipeline.

The iPhone 14 and 14 Plus will be available in midnight, starlight, blue, purple, and (PRODUCT)RED finishes. Pre-orders for both iPhone 14 models begin Friday, September 9, with iPhone 14 arriving in stores September 16 and the Plus variant beginning October 7.

AnnouncementAppleiPhone 14iPhone 14 Plus
Up Next