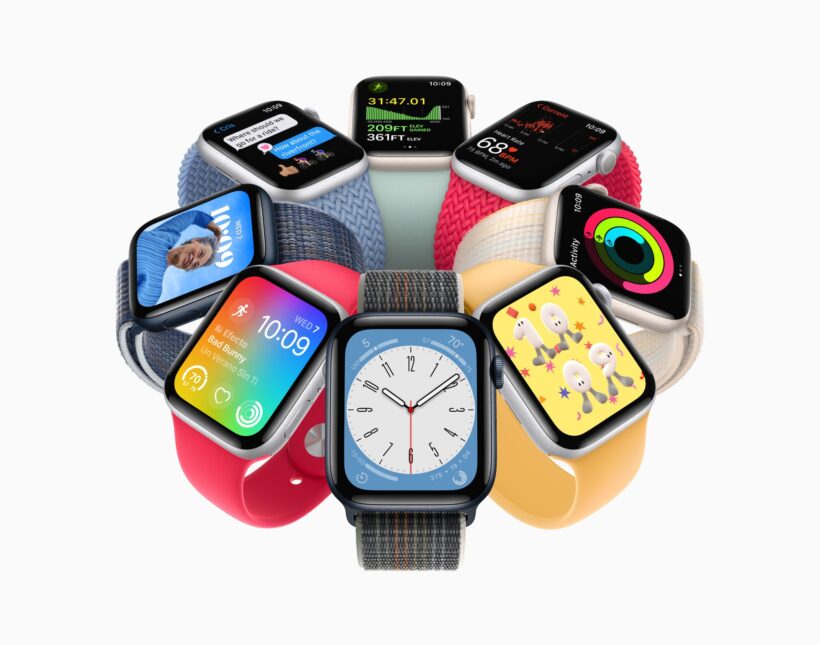 Apple has announced the successor to its original Apple Watch SE which launched in 2020. The new Watch SE is the only entry-level smartwatch that Apple is currently offering.

Apple Watch SE draws from its original form factor in 40mm and 44mm aluminum cases but comes with a color-matching back case made of a nylon composite material. Apple says it makes the case lighter than ever. The Watch SE packs the S8 chip, the same as in the Series 8, making it up to 20 percent faster than the first-generation Watch SE.

The standard SE features like a Retina OLED display, optical heart rate sensor, and sleep tracking are still present, among others. With watchOS 9, the new Apple Watch SE will support international roaming and Crash Detection, too.

Available in midnight, starlight, and silver finishes, the second-generation Apple Watch SE is priced at $249 for the GPS model and $299 for the cellular model. Pre-orders are open now, with availability beginning September 16.

AnnouncementAppleApple Watch SE
Up Next