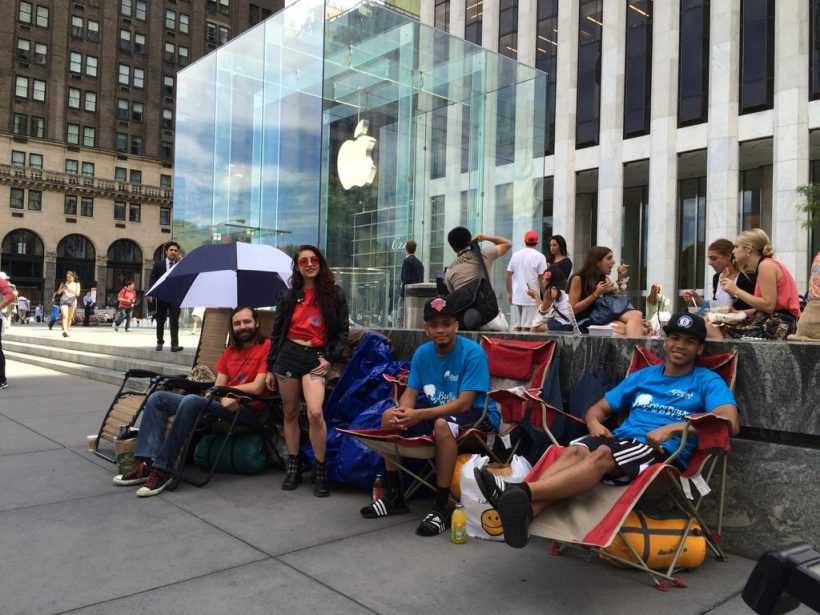 Now this goes Insane, but interesting too. Apple’s fans including me are all on air for the September 9th event, which is expected to reveal the next generation of iPhone and much more. In the meantime, some folks have already lined-up at New York’s Fifth Avenue Apple Store for the next iPhone, predicted to be labeled as iPhone 6.

And the interesting thing about this is, people are also making money for this. According to CNBC, Brian Ceballo and Joseph Cruz are said to be the first one to kickstart this line for the unannounced iPhone. And, they intend to break the previous iPhone 5s line record which was started 18 days prior to the market arrival of the iPhone.

Not only this much, the line twists now, two people named Jason and Moon Ray paid $2,500 to Brian and Joseph just for passing them their spots in the line, the top ones. Linear to waiting in the line, the Rays are actually promoting an app from VideoMedicine which helps patients by allowing them to Skype with doctors.

What’s your take on these Apple Fans who’re likely to be waiting in the same line for at-least 18 days?