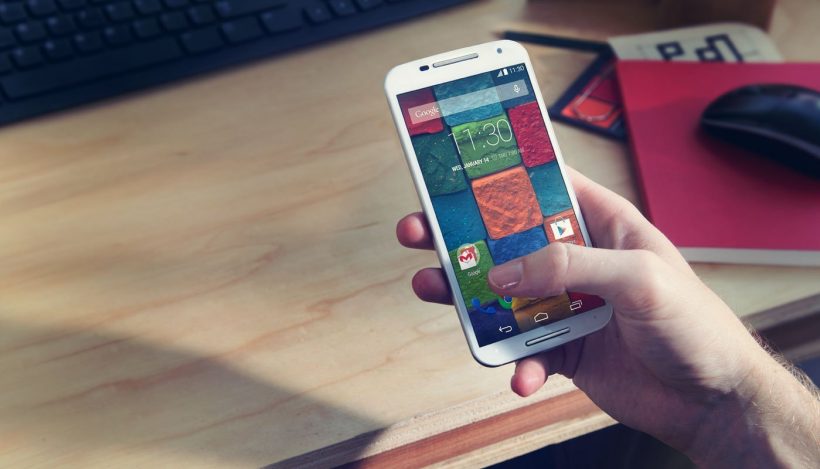 Motorola finally officials the Moto X successor, its latest flagship smartphone with extended functionalities and customizations to further enhance the user experience. At IFA 2014, Motorola made this announcement linear to the new Moto G.

Powered by Qualcomm Snapdragon 801 processor (Adreno 330 GPU) to its core, The new Moto X sports a 5.2-inch AMOLED Display, while the previous Moto X had 4.7-inch 720p display. The second-generation Moto X now has 13MP rear facing camera which dynamically gets wrapped with Ring Flash around the lens and also supports 4K capturing (4X digital zoom), which is actually cool. The device comes in 16GB and 32GB of standard storage, and weights just 144 grams.

Moto X is now tweaked in an amazing way, the device is packed with a natural language processor and a contextual computing processor, especially for smooth functioning of Motorola’s tweaks and improvements. The phone is provided with the latest Android 4.4.4 KitKat, but It will receive the Android L update as soon as it is released publicly in the market.

Noting down about its tweaks, the software has become remarkably functional, the new Moto Voice inside the Moto X allows you customize the whole ‘Speech’ system. Remember, that
“Okay Google”? It’s no more a compulsion now because, with the new Moto Voice on Moto X, you can change it to something like “Howdy, My Friend” or anything as per your wish.

Linear to that, Motorola’s Assist is getting a new update, It now reads the text messages, goes silent when you’re in the office and automatically turns off all the sounds when you’re off to bed. Moto Assist can be configured with a number of options available, It’s simply a great help to your day-to-day life. Plus, now you can simply silence your incoming call by waving your hand over the phone’s display, all thanks to Moto Actions, which now fully utilizes the front-facing sensors.

The Moto X is available starting today in the US just for $99 under a two-year contract from AT&T and Verizon. And, will be available in North America, Latin America, Europe and Asia for $499, later this month.