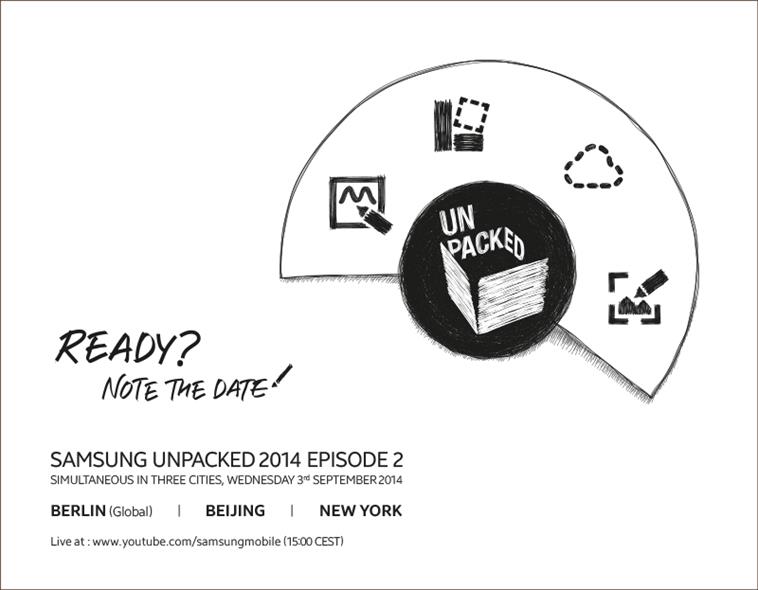 The Galaxy Note 4 is all set for this September release but it might still get pushed off to a later date. The Galaxy S6 on the other hand is to be released sometime in March 2015, so people might get a glimpse of the Note 4 first before the S6.

The company said its Samsung Galaxy S5 smartphone, which launched in April, is outselling the previous Galaxy S4 by 10 percent, and expects the Galaxy Note 4 to outsell the Galaxy Note 3.

Though early rumors suggested a 12-megapixel main camera for the Samsung Galaxy Note 4, later reports indicated the device will include a 16-megapixel camera. The camera is expected to have a host of new software features including one called Side Touch, which would allow users to tap a sensor on the side of the Galaxy Note 4 that would serve as a shutter button and a gesture-based shortcut; users would be able to access the app while the handset is off by tapping the screen with two fingers and swiping them apart.

Other software features of the Galaxy Note 4 camera app may include Selfie mode, Wide Selfie mode, Selfie Alarm and Create A GIF File. Selfie mode triggers the camera to take a photo when the user smiles or winks. Wide Selfie mode allows for wide-angle selfie shots. Selfie Alarm detects when a selfie shot is in focus before a photo is taken. Create A GIF File allows users to make animated GIFs of their photos.
The device may include a 3.7-megapixel front camera, which would be able to capture images and videos in 2560×1440 resolution. An improved front camera makes sense given the likely focus on selfies within the Galaxy Note 4 software.

Earlier rumors suggested that the Galaxy Note 4 may include an iris scanner, but later rumors indicated the device will include a fingerprint scanner with at least two new features, one called Fingerprint shortcuts and another called Web sign-in. Fingerprint shortcuts lets users swipe a finger to an icon directly on the lock screen, which will unlock the device and open the application as the same time, while Web sign-in lets users utilize their fingerprints to sign into various websites in lieu of a password.

Reports indicate the Galaxy Note 4 may also include an ultraviolet sensor, which would be able to measure the levels of ultraviolet radiation from the sun and offer suggestions for users to protect themselves. Reports also indicate Samsung may announce a virtual reality headset called Samsung Gear VR that would pair with the Galaxy Note 4.

The Samsung Galaxy Note 4 will likely be announced at Samsung’s Unpacked event on Sept. 3 (Wednesday). The smartphone is expected to go on sale on or around Sept. 25. Though, We’re not actually sure whether the above details are actually confirmed but on the basis of the leaks, we can expect that the next Samsung Galaxy Note 4 may come under these highlights. However, the only thing to be done now is, wait for the Unpacked event. Till then, You can follow-up our IFA 2014 page for all exclusive updates from IFA 2014, Berlin.