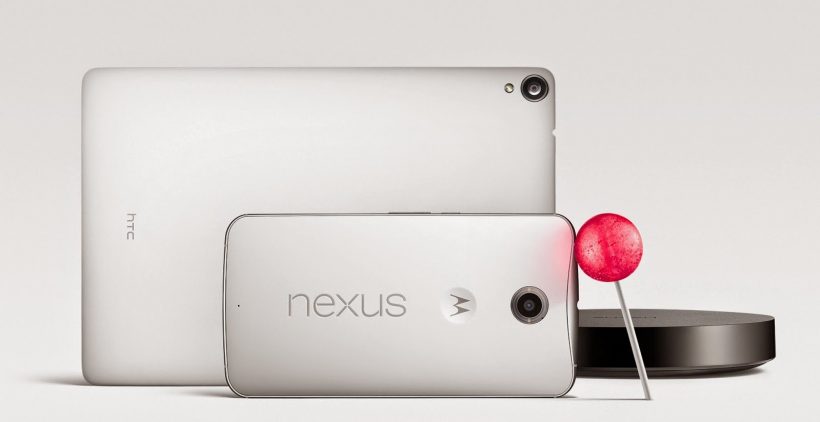 Google has released two new hardware devices, Nexus 6 and Nexus 9, a 6-inch smartphone and a 8.9-inch tablet device along with the long-awaited Android 5.0 Lollipop. Both the devices feature spectacular parts and composition to compete with any of the high-end devices available in the market now.

Starting with Nexus 6, the successor of Nexus 5, is a finely crafted smartphone based on Snapdragon 805 quad-core processor with an onboard memory of 32GB or 64GB. The 6-inch Quad HD screen lines 493 pixels-per-inch enhancing the user experience to a bigger and sharper display. Google Nexus 6 is internally attached with a 13MP rear-facing camera supporting optical image stabilization, and the front-end offers a 2MP selfie ranger.

With a 3220mAh battery pack, Motorola manufactured Nexus 6 comes with Motorola’s Turbo Charger which guarantees to boost your phone’s battery life within 15 minutes, extending the backup to 6 hours.

The aluminum framed smartphone will be available for pre-orders later this month for both on-contract and off-contract models. Google Nexus 6 costs around $649 off-contact and will start shipping from next month. And for on-contact variants, Google has confirmed AT&T, Verizon, Spirint, T-Mobile and U.S. Cellular for carrier support.

Linear to the Nexus 6 smartphone, Google also announced a new version of its Nexus tablet, Nexus 9. With an 8.9-inch IPS display frame, Google Nexus 9 is an amazing tablet featuring 64-bit processor and Nvidia Tegra K1 with an onboard storage space of 16GB or 32GB. The slate is equipped with an 8MP rear camera and a 1.7MP front shooter, allowing you to shoot HD videos on the go. 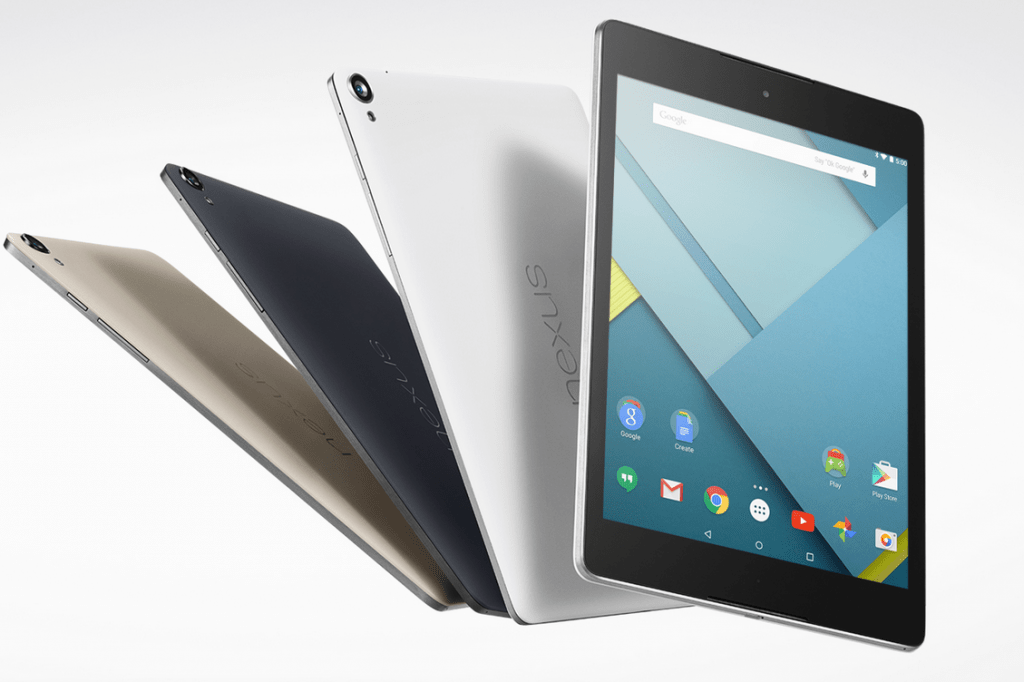 HTC-made Nexus 9 is packed with a large 6700mAh battery pack which boosts the slate’s off-charging energy, rendering a long-tail battery backup for your daily use. The 16GB variant comes with a price tag of $399 where as the 32GB model is labeled for $479. Plus, an LTE variant will cost you around $599 for 32GB model. The device is set for launch on November 3 (of course this year) and will be available for pre-order on October 17.

Both the devices, Nexus 6 and Nexus 9 ships with Android 5.0 Lollipop pre-installed, breaking the news as ‘first Lollipop smartphone and tablet’ respectively.