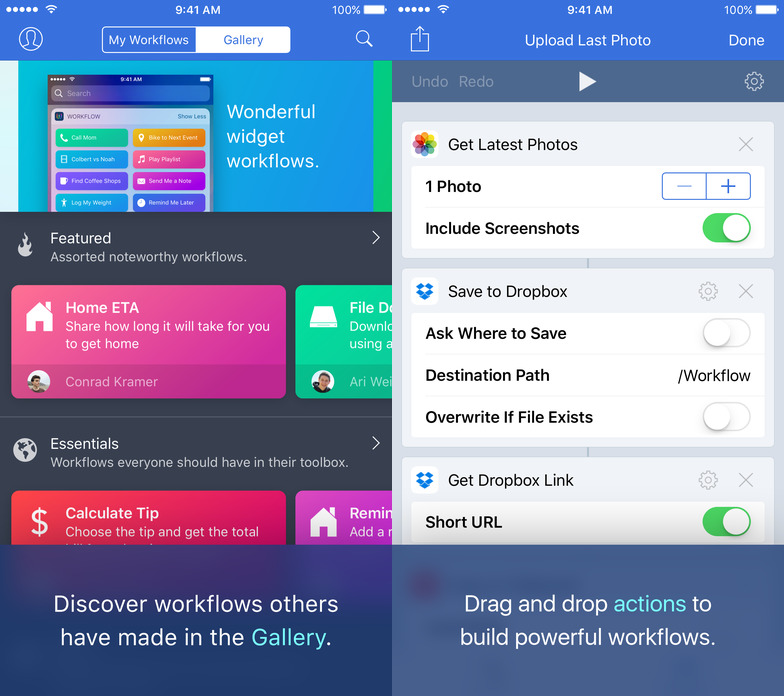 Apple has acquired work automation app Workflow, reports TechCrunch. The terms of the deal are yet unknown, including the financial sum.

Launched in 2014, Workflow includes over 200 actions that can essentially do anything on the iPhone and iPad. It simply helps you spend less taps to get more done. The app has also been awarded with Apple Design Award for its accessibility features in 2015.

Workflow lets you automate a variety of tasks; either you choose it from the in-app Gallery, or make a custom one for yourself. Following is the list of what Workflow helps you to do, have a look.

“The Workflow app was selected for an Apple Design Award in 2015 because of its outstanding use of iOS accessibility features, in particular an outstanding implementation for VoiceOver with clearly labeled items, thoughtful hints, and drag/drop announcements, making the app usable and quickly accessible to those who are blind or low-vision.”