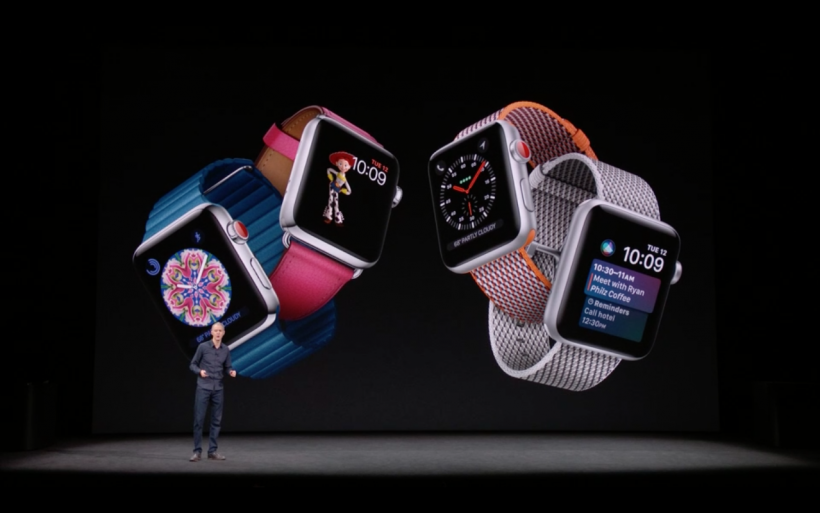 The new Apple Watch Series 3 looks and feels same as its predecessor, although the back is 0.25mm more thick, but packs big surprises inside (if you’re not aware of any Apple leaks prior). Among all, the Apple-branded wrist wearable now comes with LTE support. Yes, and that’s changing almost everything here. But, there’s a non-LTE version, too. 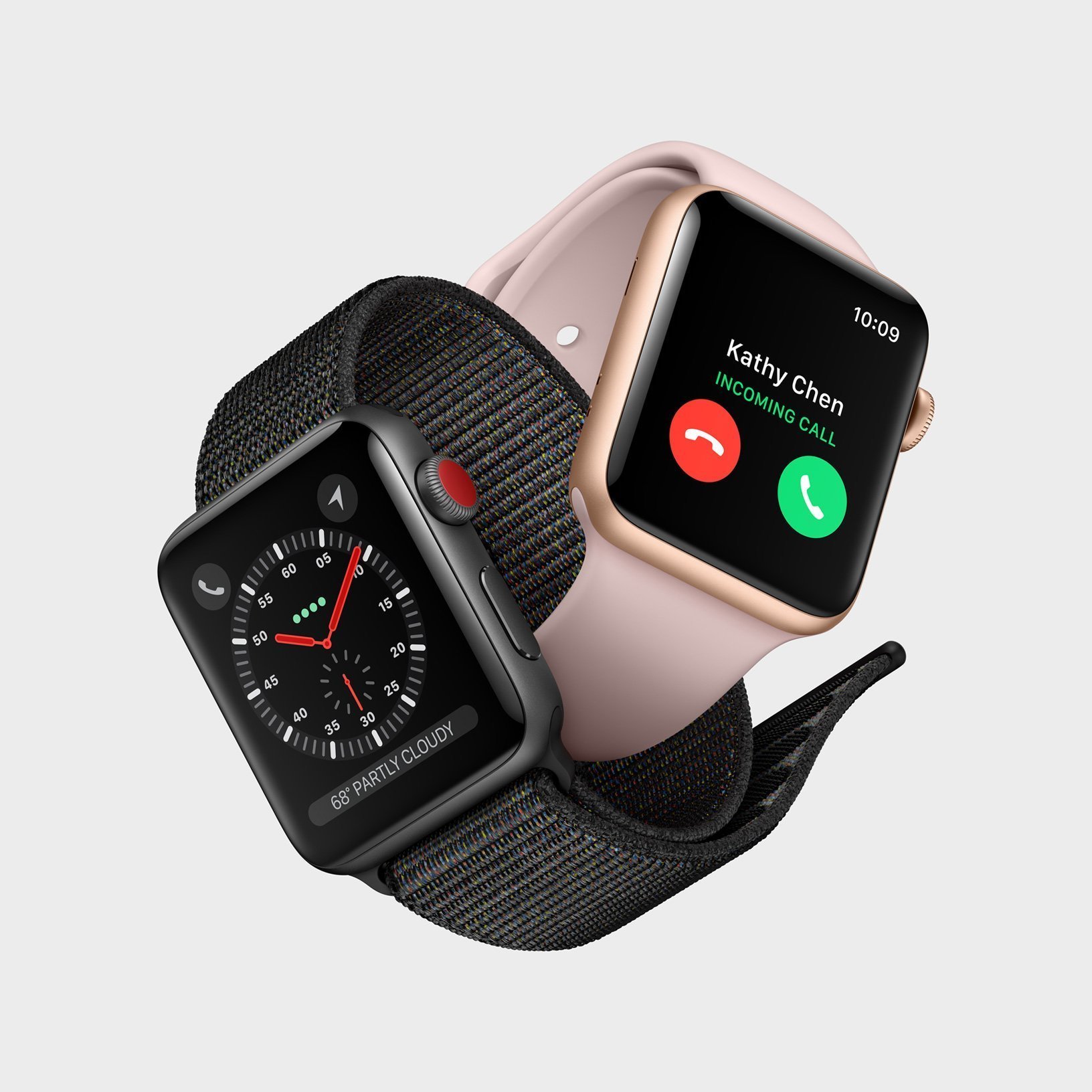 The Apple Watch Series 3 with LTE helps you stay connected even while your iPhone is away, or is not within the range with your watch. Making calls, receiving texts don’t require an iPhone now, of course, only if you’ve an Apple Watch Series 3 with LTE that ships later later this month. The watch has room for water resistance outfit and can go up to 50 meters under water. Although, you can’t use it for scuba diving or waterskiing. There’s also a biometric altimeter that helps with tracking and outdoor workouts.

Apple Watch is now the world’s number one watch

Apple Watch Series 3 features a full LTE and UTMS cellular radio that switches to cellular when away from iPhone. There’s no need to maintain an additional number, as the watch will use your iPhone’s. Apple has gone too small for the SIM card on Apple Watch, with an electronic SIM that is over one-hundredth the size of a nano SIM.

Thinking about antenna? Well, the Apple Watch Series 3’s display itself is an antenna, an industry-first approach to antenna design. What that means is the display is used for both transmitting and receiving signal for LTE and UTMS. The Watch Series 3 will allow you to stream 40 million songs right from the wrist, no iPhone required, to your AirPods.

Now moving to the part that you don’’t see until you open up the Apple Watch literally. The Apple Watch Series 3 is powered by the S3, Apple’s architecture featuring faster dual-core processor. Courtesy of the S3, Apple Watch now has quicker app launch times, smoother graphics, and a very interactive Siri. For the first time, Siri on Apple Watch can talk to you! 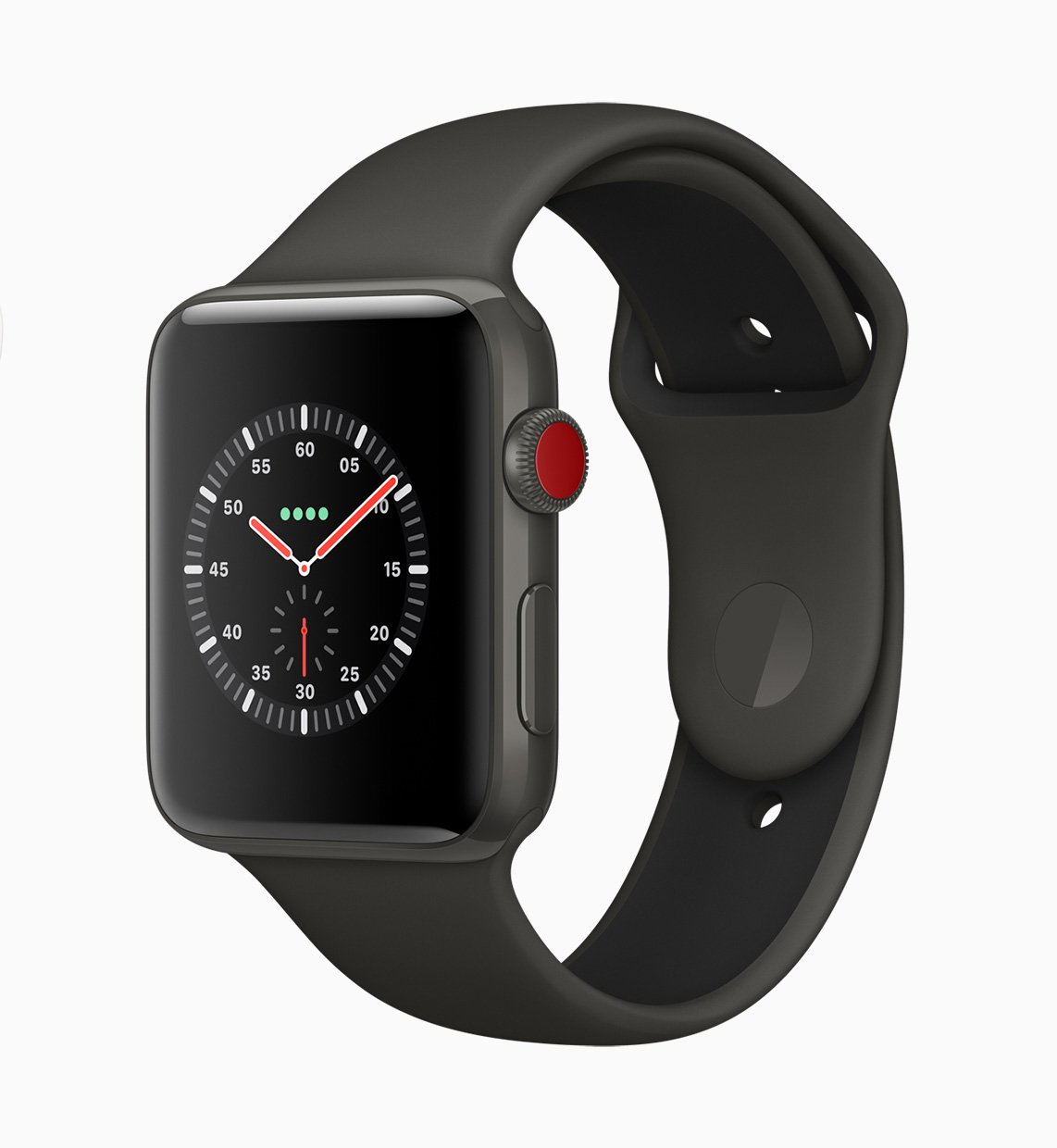 Running watchOS 4, the new Apple Watch Series 3 will come in gold, silver, or space gray color, with new band colors and styles. The LTE edition has a red digital crown and an exclusive “explorer” watch face that will display cellular connection. Apple is also offering a dark gray ceramic case. Continuing the partnership, Apple and Hermes are launching new models that will feature designer bands and watchfaces, pricing starting at $1,149.

Apple Watch Series 3 starts at $399 (USD) for the LTE edition, while the non-LTE model settles at $329 (USD). Additionally, the Watch Series 1 will be available for $249 (USD). Pre-orders start on September 15, with retail availability beginning September 22. Please refer to this page for supported carriers around the world for Apple Watch Series 3 with LTE.