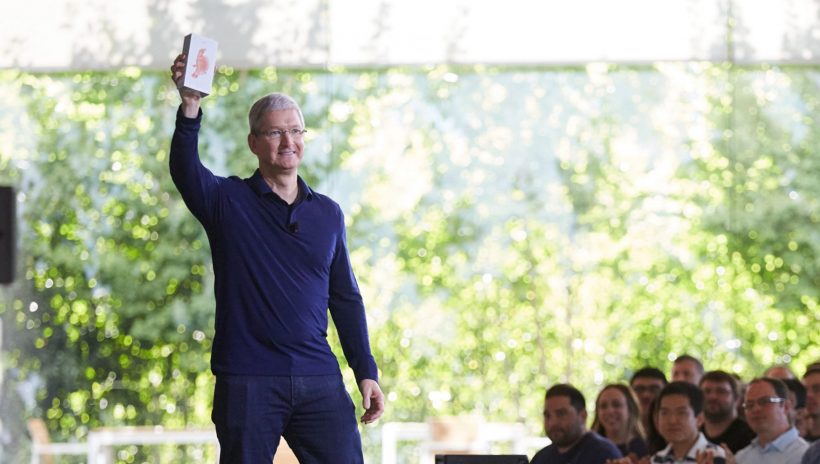 In an open letter today, Apple apologized for secretly throttling CPU performance in iPhones with older batteries. The letter is also a clarification to a lot of misunderstanding among customers regarding iPhone performance, followed by a discounted price on battery replacement on older iPhones.

While the purpose of slowing down older iPhones isn’t aimed at forced device upgrades, according to Apple, the act is inclined towards managing the lithium-ion battery efficiency, which is consumed as part of battery’s chemical aging process.

Apple explains the chemical aging process of a lithium-ion battery, which is common across the industry, in the letter as follows.

All rechargeable batteries are consumable components that become less effective as they chemically age and their ability to hold a charge diminishes. Time and the number of times a battery has been charged are not the only factors in this chemical aging process.

Device use also affects the performance of a battery over its lifespan. For example, leaving or charging a battery in a hot environment can cause a battery to age faster. These are characteristics of battery chemistry, common to lithium-ion batteries across the industry.

A chemically aged battery also becomes less capable of delivering peak energy loads, especially in a low state of charge, which may result in a device unexpectedly shutting itself down in some situations.

A new support article, iPhone Battery and Performance, does its best at explaining iPhone’s battery and the factors affecting its performance.

Apple also admitted that in iOS 10.2.1 it improved the power management during peak workloads to avoid unexpected shutdowns from ruining the entire user experience on iPhone SE, iPhone 6, and iPhone 6s devices. As a result, the slow down in performance.

About a year ago in iOS 10.2.1, we delivered a software update that improves power management during peak workloads to avoid unexpected shutdowns on iPhone 6, iPhone 6 Plus, iPhone 6s, iPhone 6s Plus, and iPhone SE. With the update, iOS dynamically manages the maximum performance of some system components when needed to prevent a shutdown. While these changes may go unnoticed, in some cases users may experience longer launch times for apps and other reductions in performance.

The same update was issued to iPhone 7 and iPhone 7 Plus in iOS 11.2, says Apple.

The Big A also mentioned that it will be offering battery replacement for out-of-warranty iPhones at a very reduced price, starting late January 2018. Customers with iPhone 6 or later will be eligible to replace their batteries for as low as $29, which is $50 less than the actual $79 price point. This is valid worldwide until December 2018, though.

In addition, Apple also announced that it will be issuing a software update that will provide users with more transparency to the iPhone’s battery health, early next year.

Here’s why your old iPhone is slow