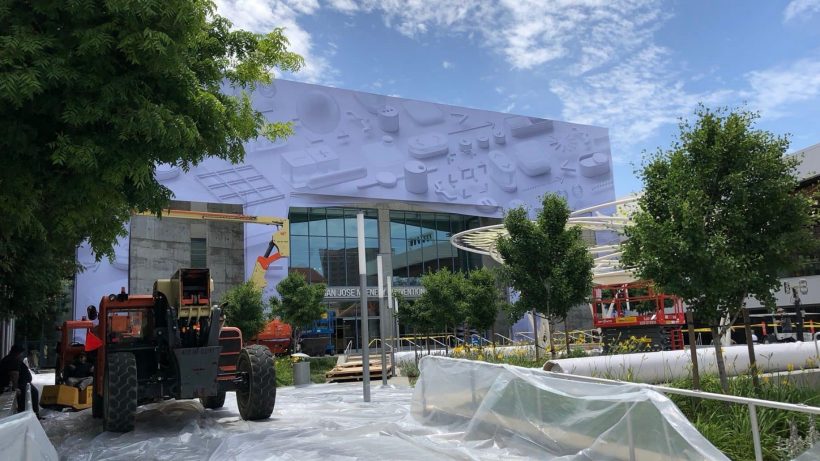 Apple has begun decorating the San Jose McEnery Convention Center ahead of WWDC 2018 next week. The decorations feature the same design that Apple is using for the WWDC site, invite, and app. It’s still a work in progress, though.

This is the second time Apple is hosting its annual developer conference at the McEnery Convention Center in San Jose, California. The Cupertino company moved away from Moscone West in San Fransisco last year when it hosted the WWDC 2017 in San Jose. And same is the case this year, too.

Photos coming from Twitter show the banners going up around the venue, featuring a much familiar design that’s been across the WWDC 2018 site, invite, and app. The entire front of the McEnery Convention Center has covered in WWDC 2018 colors (not as colorful as last year, but white and minimal).

#WWDC banners are going up on the convention center! pic.twitter.com/po7P361IwF

The annual developer conference will kick-off at 10am Pacific Time on June 4 next week. Apple is expected to unveil new versions of iOS, macOS, watchOS and tvOS alongside a few hardware surprises, perhaps. We’ll be covering the WWDC 2018 live so stay tuned!