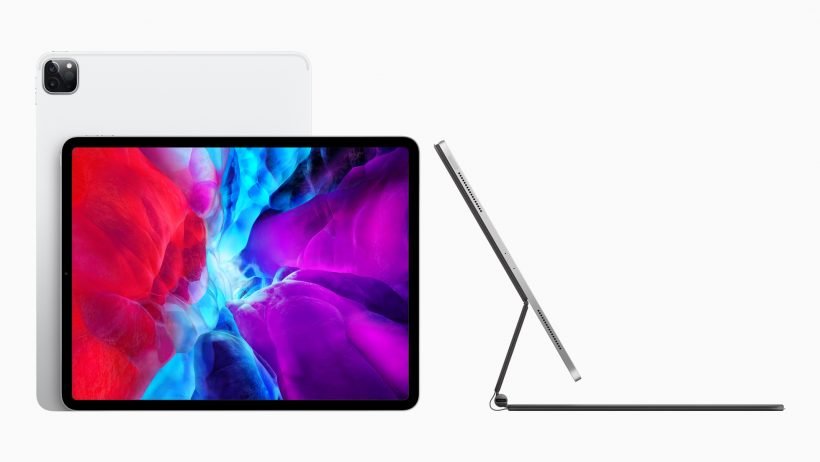 Apple has announced a new iPad Pro with some major changes under the hood, especially with the camera system. The new iPad Pro, which comes in 11-inch and 12.9-inch form factor, features a new A12Z Bionic chip, an Ultra Wide camera, and a LiDAR Scanner among other new additions.

The Pro tablet’s A12Z Bionic chip supports an eight-core GPU, enhanced thermal architecture, and turned performance controllers. All that leads to a powerhouse of Pro-level operations on the iPad Pro. From editing a 4K video to creating 3D models, this update can handle all of it. Furthermore, the Gigabit-lass LTE should be 60 percent faster, too.

The most visible change on the new iPad Pro is with the camera setup, which looks just like iPhone 11’s camera bump. It houses only two camera lenses, though. The camera configuration packs a 12-megapixel Wide camera, and a 10-megapixel Ultra Wide camera, offering up to two times more vision in one frame.

What’s really interesting here is the new LiDAR Scanner, first on any Apple device. The new LiDAR Scanner measures the distance to surrounding objects up to 5 meters away, and brings in cutting-edge depth-sensing capabilities. The depth points calculated by the LiDAR Scanner is combined with data from the cameras and motion sensors, and is optimized by computer vision algorithms on the A12Z Bionic chip. That’s how we get a more detailed understanding of the scene.

Apple also unveiled a new accessory for the iPad Pro — the Magic Keyboard. This new Pro accessory attaches magnetically to the iPad Pro, bringing a floating design that is suitable on both a lap or a desk. The USB-C pass-through charging accessory comes with a full-size keyboard with backlit keys and a scissor mechanism that has 1mm travel. The cantilevered hinge offers a viewing angle up to 130 degrees.

The new Magic Keyboard for iPad Pro houses a trackpad as well, following trackpad support that’s coming in iPadOS 13.4. Apple said this isn’t a Mac-like trackpad rather more optimized for the iPad. The cursor appears as a circle that highlights user interface elements, text fields and apps on the screen, providing a clear intention of what users can click on. Third-party apps will work with the trackpad without any additional update. Apple’s iWork productivity suite (Pages, Numbers and Keynote) will soon receive updates to take full advantage of the trackpad support on iPadOS 13.4.