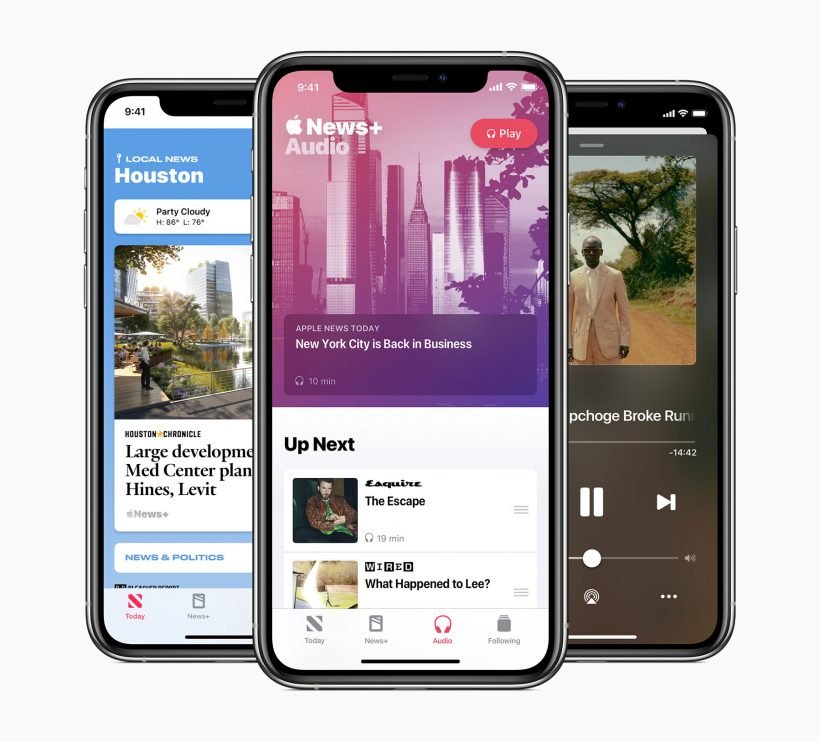 Apple has announced a set of new features for Apple News and Apple News Plus. It now comes with audio stories, curated local news collections, and a daily audio news segment hosted by Apple News editors.

Apple News will produce about 20 audio stories a week, but listeners will have to be subscribe to Apple News Plus for that. It’ll be narrated by professional voice actors, and will be audio versions of some of the best content published Esquire, Essence, GQ, New York magazine, Sports Illustrated, TIME, Vanity Fair, Vogue, and more.

Another addition here is Apple News Today, a daily audio news briefing hosted by Apple News editors and co-hosts Shumita Basu and Duarte Geraldino. It’s available for free to all Apple News users, and is aired Monday through Friday in the News app in the US and on Apple Podcasts. It’s similar to what Amazon’s Alexa has, but Apple’s version has human narration unlike Alexa’s. Audio Stories and Apple News Today both are located in the new Audio tab in the Apple News app. Moreover, Apple has added support for the News app in CarPlay as well.

At the same time, Apple News is also adding a new curated local news section for readers and subscribers, bringing a variety of content from a diverse pool of local publishers. Presently, this new local experience is available in the Bay Area, Houston, Los Angeles, New York, and San Francisco. Apple is also adding new local and regional news outlets for readers, including The Charlotte Observer, the Miami Herald, and The News & Observer.

Apple News has over 125 million monthly active users in the US, the UK, Australia, and Canada, where the service is available for free on iPhone, iPad, and Mac. Apple News Plus, on the other hand, costs $9.99 per month after the one-month free trial is over.

AppleApple News
Up Next