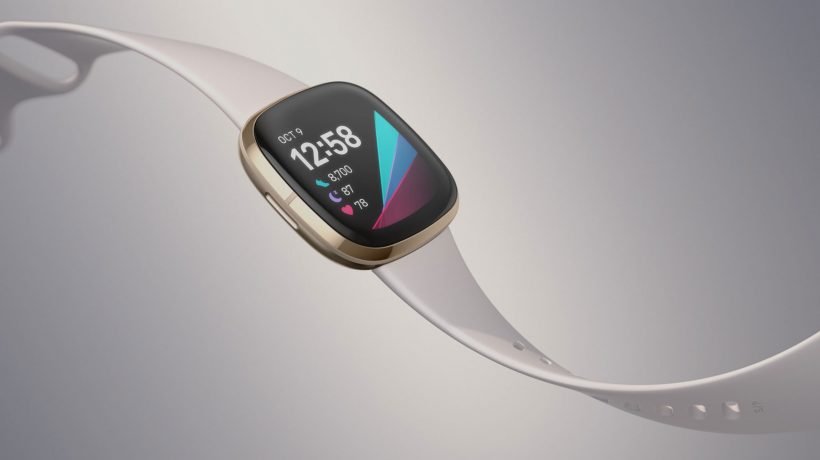 Fitbit has unveiled two new smartwatches and a fitness tracker. The Sense is a flagship wearable, while the Versa 3 smartwatch sits just above the Inspire 2 fitness tracker. Fitbit Sense has advanced health features like stress tracking.

Aesthetically alike, the Sense and the Versa 3 share a bunch of standard smartwatch specs such as OLED touchscreens, built-in GPS, water resistance up to 50 meters. These two smartwears have a new snap-on magnetic charging mechanism with at least six days of battery life.

You can make or receive calls and text from the smartwatch when your Android phone is nearby. As the device has a bult-in speaker, there’s support for voice assistants like Google Assistant and Amazon Alexa, too. It also adds up features like Fitbit Pay for contactless transactions.

The Sense, as mentioned earlier, packs advanced health features, which is absent from the Versa 3 and explains the price difference. It includes detailed heart rate scans with atrial fibrillation (AFib) detection via the electrocardiogram (EKG) app. The EKG feature is pending approval by the FDA, though. The electrodermal activity (EDA) measurement is what makes the Sense stand apart. The EDA sensor can measure body’s response to stressors, which helps in detecting stress with changes in heart rate and skin temperature. Fitbit says the Sense can calculate how the body is responding to stress by analyzing heart rate, sleep and activity data, and generate a Stress Management Score – higher the score, fewer physical signs of stress.

If you’re looking for a cheaper option, then the Inspire 2 fitness tracker is the one for you. It doesn’t have as many features as the other two wearables, but it has a refined design with a touch panel replacing the Inspire HR’s side button. It comes with a 10-day battery life. While the Sense and the Versa 2 have six months trial of Fitbit Premium, the Inspire 2 has a full year of Fitbit Premium included with the purchase.

The Sense comes at the price of $329.95, and the Versa 3 without advanced health tracking costs $229.95, while the cheaper option Inspire 2 fitness tracker comes at $99.95. Pre-orders for these new Fitbit devices are open on Fitbit’s website.