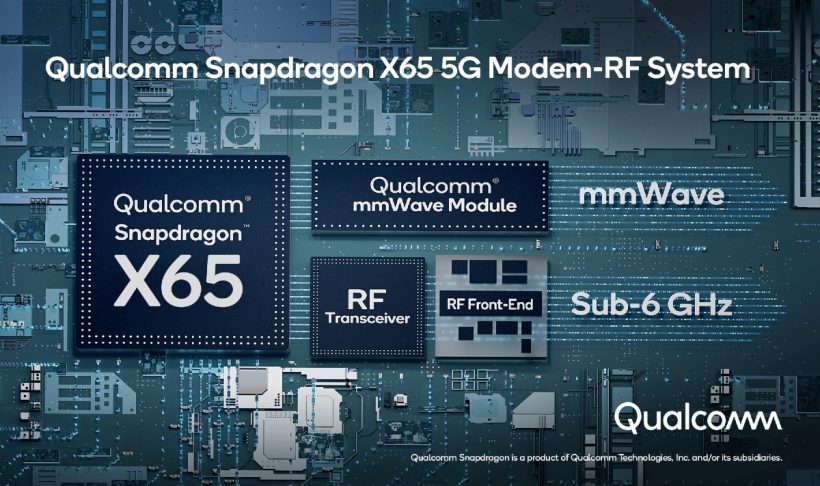 Qualcomm has revealed its blazing-fast fourth-generation 5G modems. It offers theoretical wireless speed of up to 10Gbps with better battery life.

The Snapdragon X65 5G is a successor to Snapdragon X60. High-end devices including premium smartphones, PCs, mobile hotspots, robots will be powered by the modem starting later this year.

With the X65, the company also unveiled its X62 5G Modem-RF System and QTM545 mmWave antenna. The X62 can download data at up to 4.4Gbps and is designed for budget smartphones.

Both modems are designed to work with the new QTM545 mmWave antenna which helps in transmitting at a higher power rate compared to its previous designs. It also comes with support for the brand new n259 band. The antenna is said to be the “world’s first AI antenna tuning technology” that detects the user’s hand grip 30 percent more accurately and improves data speed and coverage.

Our fourth-generation 5G modem-RF system is designed for 5G launches globally and brings major innovations from modem to antenna along with extensive spectrum aggregation capabilities across sub-6 GHz and mmWave. This will fuel the rapid expansion of 5G while enhancing coverage, power efficiency and performance for users. And with extended range, high-power capabilities, Snapdragon X65 and X62 are also at the heart of the expansion of 5G into fixed wireless access and cloud-connected computing opportunities.

Qualcomm has been known for producing wireless chips for Samsung, Apple, and other major companies. The company has sent out samples to manufacture; hopefully, we will get our hands on the devices with the new 5G modems by late 2021.